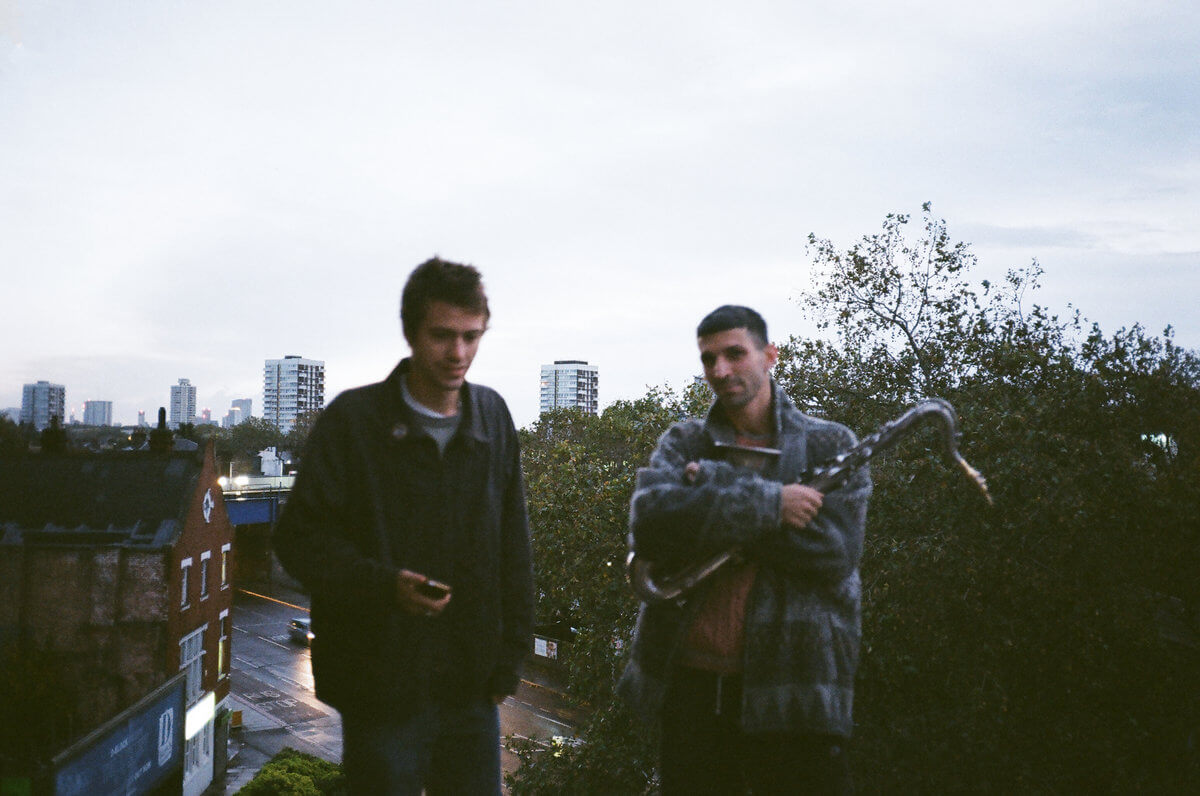 Gal Go Grey is comprised of Argentinian saxophonist Ignacio Salvadores aka Galgo and Tom Grey, a London born experimental producer. A key collaborator with Archy Marshall, Ignacio was one of the forces behind King Krule’s album The Ooz and named as one of the central influences for Man Alive.

Gal Go Grey’s self-titled debut record, drops on March 16, via Good Question. Ahead of the album’s release the duo has shared album track “FLAMA,” on the single, Ignacio pushes his saxophone to the limit, while Grey’s trudging drums and lush pads engulf the low end of the mix.

“If I had found a better way to spend my existence it’s very likely I wouldn’t play music, I’ll keep seeking though, whilst I refuge in it. It’s about sounds, emotions, sparks, loneliness and encounters; music connects individuals to themselves and to the collective, as neurons dance together in electricity. It was natural to meet Tom and work together on these pieces, we just had to move aside and let things unravel in the center; the rest needs no words but some gentle ears and unquiet bodies.”

Though the new record was primarily conceived and created during lockdown, the majority of the tracks derive from a rehearsal recording just before a pre-COVID gig. Rather than recreate many of the sax and vocal recordings or live electronics in a studio environment after the fact, Galgo and Tom chose to use these original takes to maintain the live improvisational energy. The result is tracks like “Burns” in which Ignacio casually sings as if through a phone while he’s enwrapped in a swathing pad and thumping beat. And so dichotomies are danced with – creating music that is at once performed and produced, improvised and arranged.