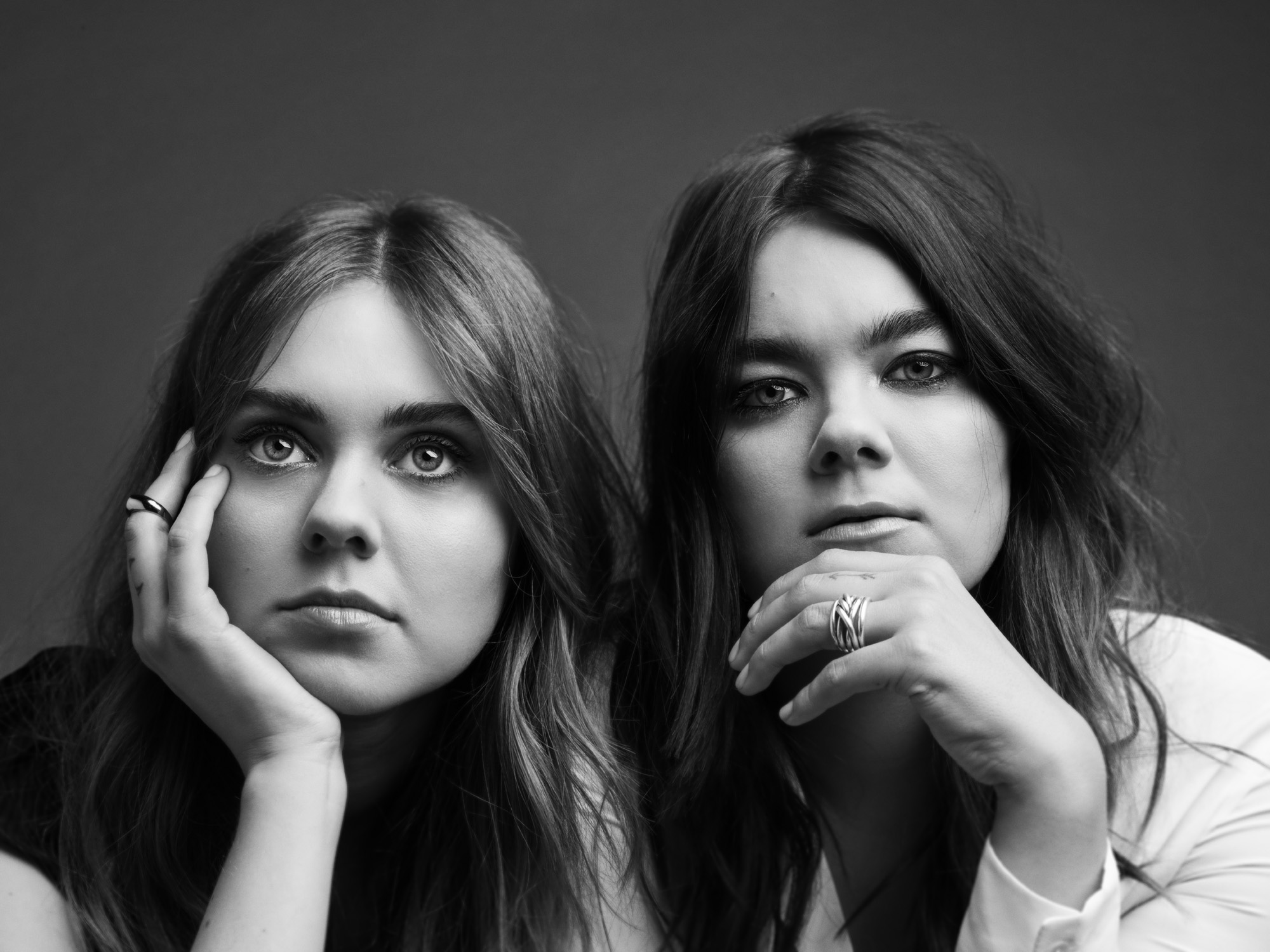 Despite what their name may suggest, Sweden’s First Aid Kit had not been looking after themselves, so they decided to take some time from the band. Recuperating to rediscover themselves and get some good rest, they quickly found themselves writing plenty of new material for their fourth LP Ruins. We caught up with Klara Söderberg ahead of the band’s show @ MTELUS in Montreal on February 6 to talk about why her and sister Johanna spent time apart from each other, how L.A. gave them unexpected inspiration and how they collaborated with their heroes.

Northern Transmissions: Why did you guys feel you needed to take a lot of time away from music and touring before this record to get back to normal?

Klara Söderberg: We hadn’t really taken any break away from music since we started, so we’d been on tour for around six years. We’d have breaks but those were for song writing, I never had a time to not think about music, which is usually a joyful thing to me, and it just became too much for the both of us. We missed home and wanted space from the band and each other. As soon as we got that space it all came back really quickly, because playing music was always just really fun, it was all the travelling and pressure. We just needed to figure out who we were outside of the band because we really grew up within the band.

NT: I also understand you were writing separately from different countries on this record, so how do you feel that changed how the song came out?

KS: I was living in the U.K. for six months when we said we weren’t going to be writing, but little ideas came. It’s always been a thing where I would send Johanna stuff or play something when I come up with it. So I wasn’t sending too much to Johanna because then we would be working on it, so a lot of it was just for me at that point. We met up in L.A. when I was getting ready to move to Sweden. We started working on the ideas we’d had and then a lot of new ideas formed when we did that.

NT: How did your stay in California, and travelling to Joshua Tree shape the ideas behind the record?

KS: Joshua Tree was really haunting and beautiful, and we really love the desert because there’s something special and magical about being out there for us. Also just being on our own it was haunting to be out there. We ended up writing “Rebel Heart” out there which is the first track on the record.

NT: I also understand you found the mix of sun and loneliness in L.A. inspirational for your song “It’s a Shame”?

KS: I got to L.A. and we both had this expectation that it was going to be this really beautiful and fun trip. I came there broken-hearted and had to figure out my whole life, so for me it was hard to be in such a warm and sunny place, but not feel good. Growing up in Sweden is pretty grey and miserable a lot, so it’s okay to feel bad, so it was such a contrast there to how I was feeling. We had this sunny day at the beach and I was just sad, so we wrote “It’s A Shame” after that.

NT: How did Tucker Martin (My Morning Jacket) get involved to produce the record and what did he bring to the sound?

KS: Tucker is an incredible producer. It was just this fun and collaborative experience. He brought in so many wonderful musicians, that we had only dreamt of working with, so it was just crazy that they wanted to work on our record. He creates such beautiful sonic worlds, and it’s fun to be a part of that.

NT: How did Peter Buck (R.E.M.) and Glenn Kotche (Wilco) end up collaborating with you on the alum and what was it like to work with them?

KS: They’re all incredibly humble people, they make you feel at ease really quickly. Johanna and I also really trust our ability when it comes to song writing, so if we feel like we’re happy with something we won’t change it for anyone. But it was really interesting to let those guys in and just see what they would come up with. In the past we would come up with material in the studio with our producer, so this was more letting other musicians come in and improvising. It was just wonderful to hear all these things that we would have never come up with.

NT: What’s the rest of the year looking like for you, and do you think you’ll be taking another extensive break or just taking things easier than before?

KS: We’re on a big tour right now, so it’s more learning to say no to things. Our big problem is we fill up our days so all our free time is filled with promo or TV, which is hard because there are so many exciting things. It’s such a luxurious problem, but if you do too much your body can’t take it, no matter how exciting it is.