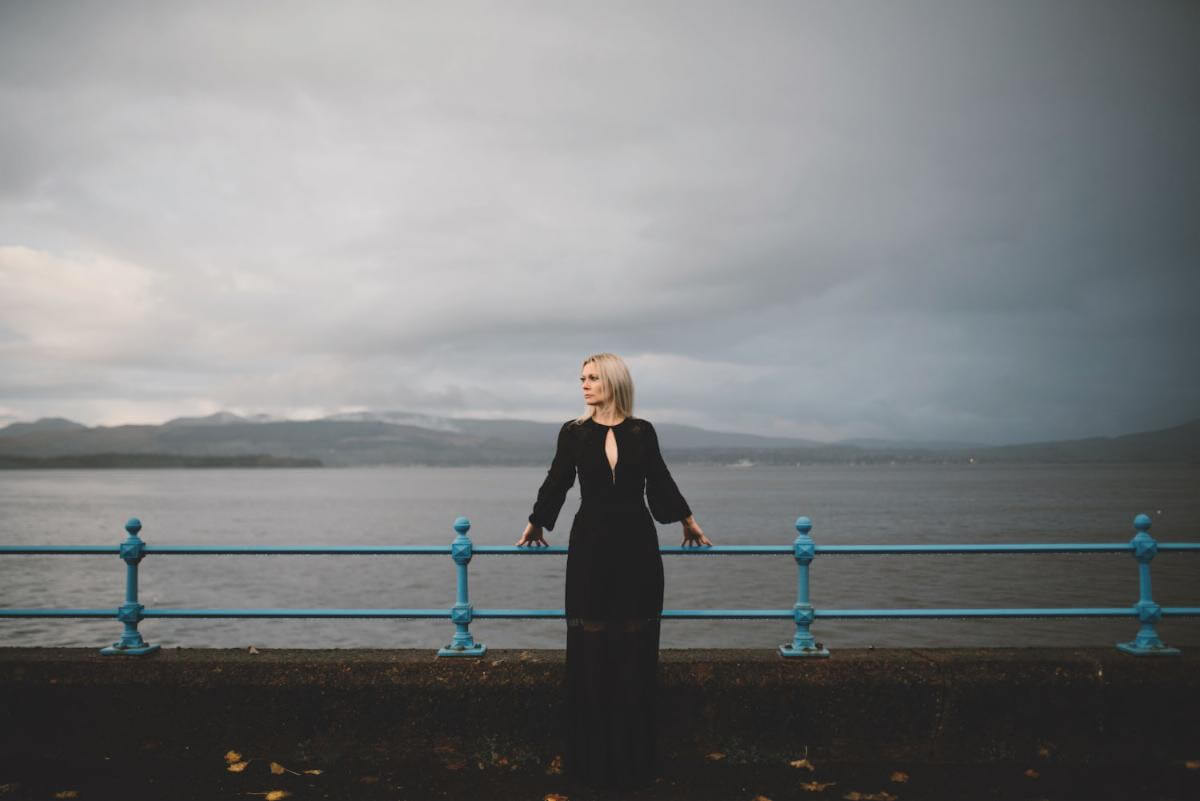 UK Multi-artist Fiona Brice today announces the release of her new album And You Know I Care. The full-length will drop on October 21st via Bella Union. To celebrate the news Brice has shared a video for the title track created by Rankin.

Music that has inspired Brice along this illuminating journey include Alice Coltrane’s Universal Consciousness (“the sheer ‘otherness’, the way she claims her own soundworld”), Steve Reich’s Different Trains (“repetition, variation and lyrical minimalism creating a strong emotional impact”), Sufjan Stevens, Bryce Dessner, Nico Muhly and James McAlister’s Planetarium (”the combination of song form and orchestral textures”) and Henry Purcell (“especially Dido And Aeneas and baroque compositional use of ground bass”).

“I wanted to make a record that was meditative, compassionate, calm and reflective, as a reaction to the increasingly noisy, opinionated, aggressive and polemic tone of our daily environment,” says Fiona Brice.

The British multi-instrumentalist, orchestral arranger and composer has drawn on her abundant talents to forge an exceptional record that fulfils the brief. Brice’s second solo album for Bella Union, And You Know I Care, is a deep listening experience that raises the post-classical bar, eschewing the genre’s default melancholia for wider and richer dimensions of uplifting and exultant bliss.

Brice has collaborated with John Grant, Anna Calvi, Jarvis Cocker, Kanye West, Beyoncé, Katherine Jenkins, Elbow, the BBC Concert and the BBC Philharmonic Orchestras, Royal Northern Sinfonia and the London Mozart Players. She toured with Placebo for ten years, and more recently Elbow, so to say Brice is in-demand is an understatement. But she still has time for her own work. Her debut album Postcards From, a more minimalist, filmic set of instrumentals, was released in 2016. After two purer classical projects (String Quartet No.1 in 2018 and the lockdown-inspired Piano Preludes in 2022) And You Know I Care is a more wide-ranging, ruminating work, and showcases Brice’s voice, lyrics and choral arrangements – and what a gorgeous voice she has, strong and supple, able to hit the heights of a soprano.

To help her create this refuge from modern life, Brice (violin, piano) called on Vicky Matthews (cello), Benjamin Till (vocal on ‘Whose God Are You?’) and co-producers Julian Simmons and Dimitri Tikovoï. “Every collaborator on this album is someone I’ve had a long-standing friendship and professional relationship with – including Simon Raymonde and Bella Union,” she says. “This is important to me because it gives the record a personal ‘retrospective’ quality.”

Renowned photographer Rankin is another friend (Brice initially featured in his famous Raw Nudes exhibition) who Brice asked to direct a video for the lead single – and title track after seeing his powerful portrait series Flora, juxtaposing flowers and flame. Says Brice, “I found Rankin’s series resonated with the music, though he’d only done stills: a video was my suggestion.” The visuals’ distilled, flickering beauty combines with the music’s ebb and flow, recalling video artist Bill Viola’s stunning slow-motion work. “I wanted something that could be shown in an art gallery,” says Brice. “It’s an installation as much as a video.”

Brice chose one of Rankin’s Flora images for the album cover. On the rear, she wears a formal black classical concert dress, lying in the (according to Alexander Technique and yoga practice) position known as ‘constructive rest’. “It promotes calming, tension release and relaxing the sympathetic nervous system,” says Brice, who trained as a yoga teacher in 2017 (how did she find time?). “I hope the imagery shows the seriousness of the statement I’m making on this record.”

In all cases, the lyrics are written as mantras. As Brice explains, “A lot of songs out there have an enormous number of words – just like people are talking all the time on social media. So, I wanted to break things down to the emotional core. Historically too, mantras in the yogi tradition of repetition soothe the mind and body.”

Fiona Brice
And You Know I Care
track listing

Pre-order And You Know I Care by Fiona Brice HERE