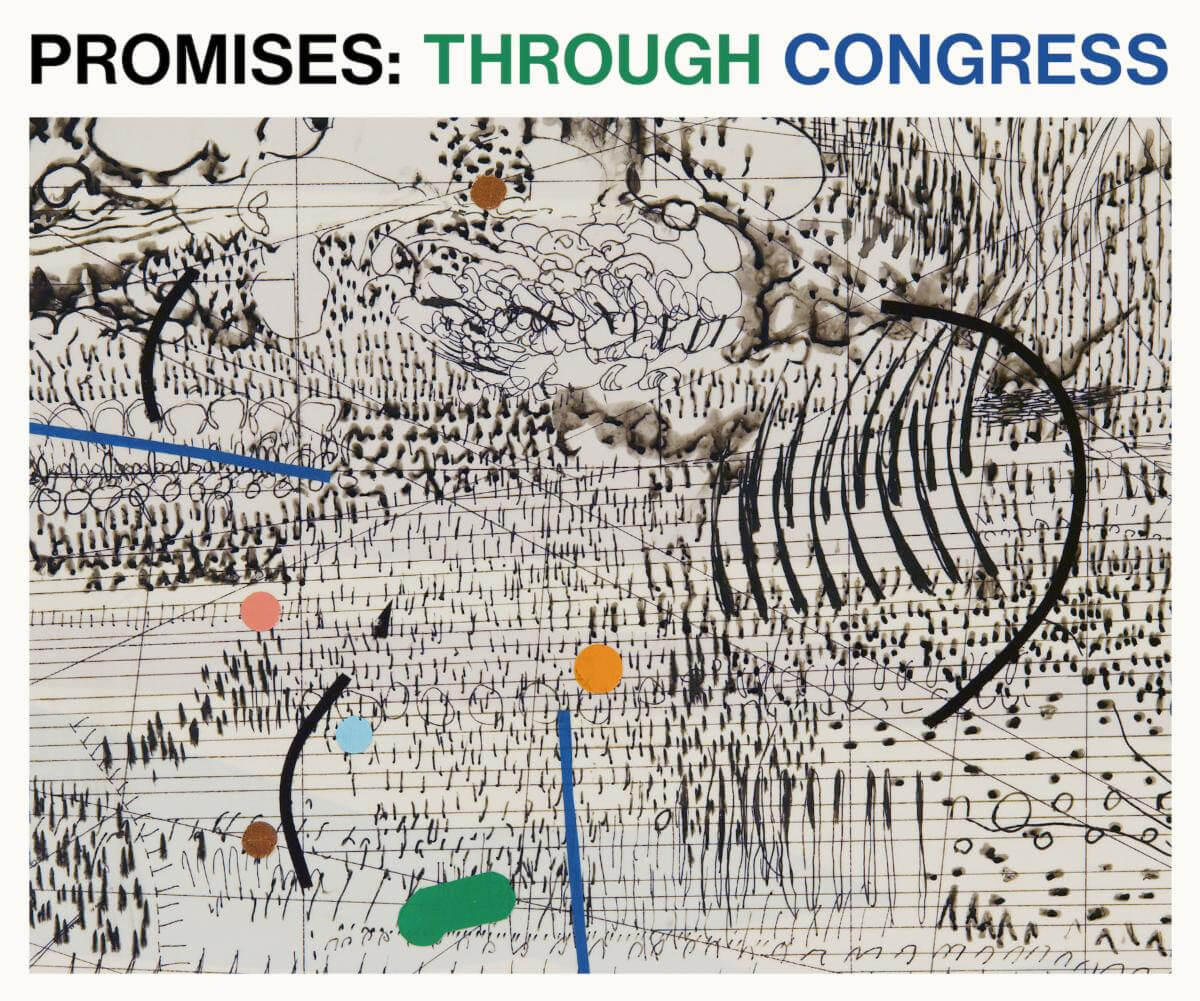 A Collaboration Between Julie Mehretu And Sam Shepherd Ft: Mehretu’s Painting Congress And Promises LP By Floating Points, Pharoah Sanders
Share on TwitterShare on PinterestShare on PocketShare on RedditShare on FacebookShare on Email

A Collaboration Between Julie Mehretu And Sam Shepherd Featuring Mehretu’s Painting Congress (2013) And Promises – The New Album By Floating Points, Pharoah Sanders & The London Symphony Orchestra A film by Trevor Tweeten, Premiering April 24 In Partnership With The Broad And Whitney Museum of American Art.

Promises: Through Congress is a new film that explores visual artist Julie Mehretu’s painting Congress (2013) and Promises (Luaka Bop, 2021), the new album by electronic composer and musician Floating Points, jazz titan Pharoah Sanders and featuring the London Symphony Orchestra. The Broad in Los Angeles and the Whitney Museum of American Art in New York City will co-host the film’s virtual premiere on April 24 at 3pm EST/12pm PST/8pm GMT for a special, one time showing, and with an introduction by Mehretu. For more information and to RSVP visit the Whitney or The Broad.

The film was made by Trevor Tweeten in the winter of 2021 on location at The Broad during the presentation of an upcoming exhibition that features multiple works by Julie Mehretu, including the painting Congress. Parts of Congress peak through the trapezium die cuts on the jacket design of the album, Promises. The painting is currently on view and in the permanent collection at The Broad. A mid-career survey of Mehretu’s work is currently on view at the Whitney Museum of American Art through August 8. More on her exhibition here.

While composing Promises, Floating Points aka Sam Shepherd said he would refer to and get lost within Mehretu’s painting. He adds, “I wanted to perpetuate this idea of being centered in the middle of the painting with its details swirling around you and this film is an extrapolation of that idea, of being in the middle of this perfect storm which only slowly reveals itself.”

Once the album was completed, Shepherd understood how influential Julie’s paintings had become to him, particularly in his composition of the string section in the center of the piece. The idea for the trapezium seen on the album cover is sampled from a motif from the centre of the Congress painting itself, and a nod to Ornette Coleman’s album Free Jazz. An idea of making die-cuts of three flat planes stacked on top of each other developed, with the intention to invite listeners into the depths of Mehretu’s painting. The film, a reference to Michael Snow’s film Wavelength from 1967, was created to bring people deep into the painting, and allow them to get lost on their own.

Says Julie Mehretu: “It is an immense honor to be in the orbit of this brilliant, mesmerizing and transformative album composed by Sam Shepard, with one of the living legends of music, Pharoah Sanders. It feels like both a balm and a calling of this precarious, vertiginous time.”

Director Trevor Tweeten: “The film functions as a single sustained gesture, a journey emerging from the intimate details and texture of the painting. I was interested in the way the slow nearly imperceptible zoom had the potential to create a suspended state, opening up new possibilities of experiencing Congress through time. The trajectory of the film mirrors the shape of the music, ever expanding, slowly building momentum to points of reveal and release.”

The release of Promises: Through Congress marks Promises: Chapter II, following Promises: Chapter I, a non-visual experience hosted by Luaka Bop and actor Jesse Plemmons prior to release, which welcomed thousands of listeners from 70 countries around the world as they turned off their screens and did nothing but listen.

Five years in the making, Promises is a continuous piece of music presented in nine movements for saxophone, strings, keyboards and electronics, composed by Floating Points. The album represents Pharoah Sanders’ first new music in nearly two decades and was met with tremendous praise upon release.