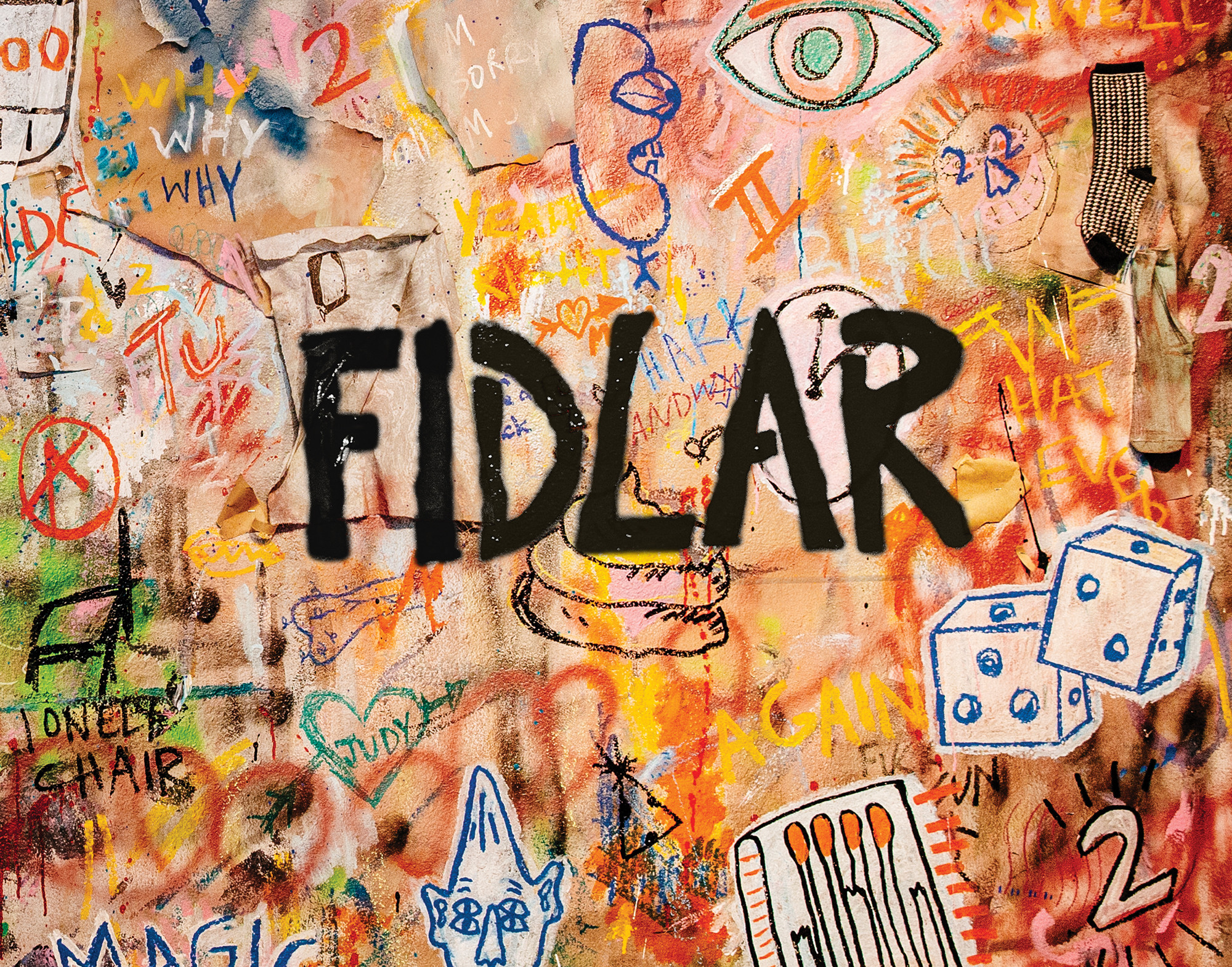 Did anyone watch Trainspotting because they liked the idea of being a dropout heroin addict? How about Breaking Bad? Did the show become a worldwide phenomenon because it made getting hooked on meth look awesome? No. It’s because like Trainspotting, the characters and narrative is unique and gripping. The same questions can be asked of LA punks, FIDLAR, have they won over fans across the global because the outfit has romanticised illicit drug taking and pounding beers? Again, no, it’s their feral blur of rock infused punk that revs up a crowd, screaming about “cocaine” and “cheap beer” acts like a tongue-in-cheek bi-product. Their self-titled debut LP was awash with dark tales of substance abuse and over doing it when it comes to partying; on the surface, it just seemed like four dudes, enjoying themselves, albeit a little too much. Dig deeper and the album’s core can be found rotting from all the over indulgence. Come second album, aptly called ‘Too’ – it transpires lead vocalist Zac Carper was flying to close to the sun when it comes to partaking in extra circular activities of the narcotics kind. Interviews on the lead up to ‘Too’ are littered with tales of getting wasted on meth, heroin and ultimately being a drug addled fuck up. For their sophomore release, FILDAR are found exploring sobriety, the push and pull temptation of relapsing and the disenchantment of being a proper adult and after the druggy haze has faded, the cold hard reality that slaps you hard across your face.

Whilst FIDLAR have attempted to clean up their act for ‘Too’, their sonic approach was to mix things up as well. Previously the LA gang have self-recorded and self-produced – ‘Too’ on the other hand saw producer Jay Joyce behind the mixing desk. Joyce has aided FILDAR to push themselves into different waters and with these new depths, they’ve crafted a varied album that bristles with the same unhinged energy of their debut but boasts an experimentation and multi textured appeal you never would have previously associated with these dishevelled party boys. The first shock to the system comes in the guise of ‘Sober’ – frazzled stop/start dynamics burst with a frenzied jolt with Carper seemingly arguing either with himself or a suitor. Electrified shards of punk disintegrate on impact before catching fire – leading to the rest of the track rattling with a scratchy punk march. Carper can be heard barking “I figured out as I get older/life just sucks when you get sober” in the first of many references to the boredom of washing his hands with getting intoxicated. ‘Overdose’ is another unexpected moment on ‘Too’. The track is slowed down to crawl, plucked strings and thrumming bass accompany Carper’s croaky, disembodied vocal chronicling with what sounds like a journey through chemical gluttony. A static explosion decimates the song’s finale in a rusty ball of flames.

Much of ‘Too’ has FIDLAR starring into the eyes of adulthood and the humdrum life, realising the white picket fences of suburbia and the 9-5 collar and tie existence isn’t for them. This is typified in ‘West Coast’s twisted surf rock, which ripples with a joyous melancholy, it screams “so what I’m fucked up – it’s better than being bored”. The same can be said for final track ‘Bad Habits’. Disillusionment courses through ‘Why Generation’ like bad drugs in a junkie’s veins. Hazy 60’s rock ‘n’ roll vibes has the foursome asking questions about where they belong in the world, whilst taking swipes at social media overexposure and the general feeling of being lost. ‘Drone’ on the other hand recognises the same narrative as ‘Why Generation’ but decides it’s not going to stand for being a rudimentary cog in a machine and champions the life of a person proud to go against the grain.

FIDLAR, like you and like me, can’t make sense of what it is to be an adult in 2015 but there’s comfort to be found in ‘Too’s befuddled tomfoolery.