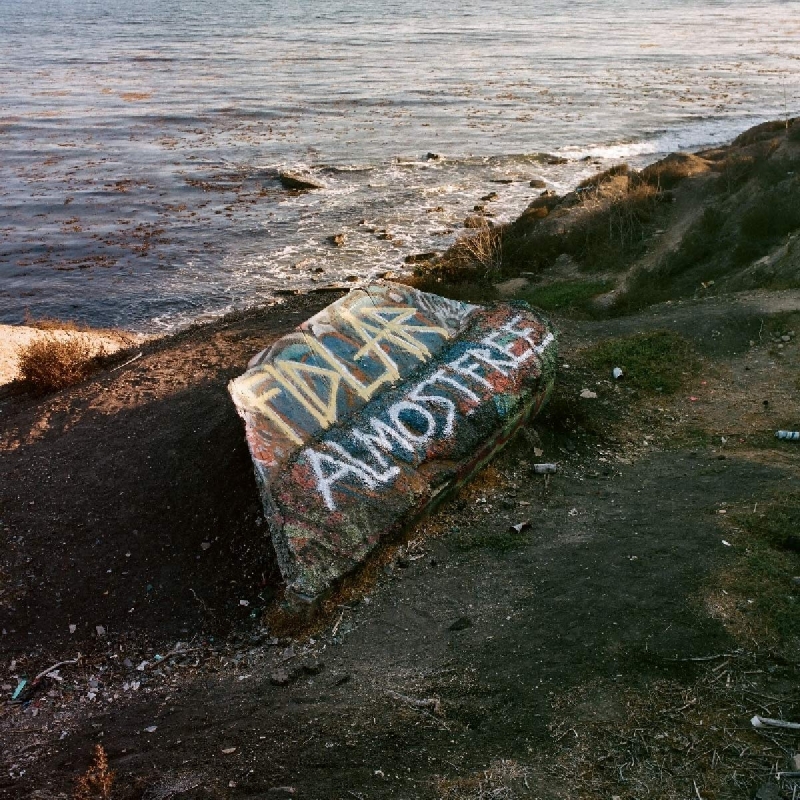 If FIDLAR’s sophomore record ‘Too’ was the four piece slowly pulling away from the skate/surf punk stylings found on their eponymous debut album, then their earlier leanings are like a distant silhouette in the rear- view mirror on third LP ‘Almost There’. With album number three, the quartet foray into funkier rock cuts, a smattering of rap and tracks that take on a pop sheen; there’s some brass splurges thrown in for good measure too – suffice to say, this album is a different animal to the band that used to ‘Wake Bake Skate’.

Sonically FIDLAR have diversified and in some cases, they’ve done the same when it comes to lyrics, albeit old habits die hard as ‘Almost Free’ still leans upon debauched tales of alcohol and narcotic fuelled mishaps. Although, FIDLAR are in danger of becoming a caricature of themselves, as it’s getting a bit trite hearing vocalist/guitarist Zac Carper regale more stories of getting wasted and being a fuck up. ‘By Myself’ may bear a resemblance to Parquet Courts’ funktastic ‘Wide Awake’ but that doesn’t detract from the yawn-some words of “well, I’m cracking one open with the boys/by myself/everybody thinks I need professional help”. As if you need telling but ‘Alcohol’ falls into the same trap; amongst the rampant riffs and pounding drums, Carper barks “wont somebody just give me some alcohol” like someone who’s run out of inspiration when it comes to crafting out a compelling narrative.

‘Kick’s slow country drawl is laborious both musically and lyrically, “I really want to do some drugs/I think I’m suicidal”. Aside from the exhausted route of substance abuse ‘Almost Free’s general wordplay, in places, comes across as formulaic and clunky; ‘Can’t You See’s winsome strut is hampered by shoddy lyrics “diamond rings help me sing”, “Jesus Christ makes me nice” and “summertime helps me rhyme” are all shockers. ‘Flake’s bluesy strut doesn’t do much better when it comes to lyrics “you’re a flake/and I need a break”.

‘Almost Free’ isn’t all bad, when FIDLAR haven’t gone too far down the pop-punk route (where they sounddangerously reminiscent of Wheatus) or opting for a synthetic pop gloss, there’s some welcome additions to the FIDLAR cannon. Opening track ‘Get Off My Rock’ is a fearsome, booming gambit in the vein of Beastie Boys as the quartet go bouncing hip-hop. The album’s title track adopts a lithe funkiness via a nasty, fuzzed up riff and groovy drums, this is also where brass comes into play, just adding to the funk levels. ‘Nuke’ is 36 seconds of explosive, caustic noise that leads into ‘Too Real’, a pent-up pendulum mood swing of a song that sways from tense, quiet pockets to frenzied detonations. This is where FIDLAR, led by Carper’s unhinged yelps, take huge swipes at modernity, “bullshit bands”, politics and everything else in-between. If you’re looking for a song to represent pent up frustration for these modern times – this is it.

FIDLAR may have tagged their third LP as ‘Almost Free’ but based on the hit and miss sonics and lyrics, I’d say ‘Not Quite There’ would be more apt.