Faux Discx is proud to release the debut LP by FAUX FUR. This full-length debut from Calgary’s next-gen guitar pop wizards is built on a highly-effective, single-minded tension. Achieved by piling thousands of tiny, intricate working parts upon each other, the listener is left staring at the teetering heap.

“When musicians start attracting attention at a ridiculously young age it usually produces one of two responses: cynicism – that the only reason they’re getting press is because of their age  – or jealousy that you’ve been surpassed in ability and success by someone who can still be made to do P.E. in their pants. In fact, can they even still make you do P.E. in your pants? That lack of that sort of knowledge can make you suddenly feel very old, and the existence of Canadian post-punk four-piece Faux Fur is liable to make you feel even older.

Actually, that’s not strictly true. The energetic tension of their music is so invigorating that a few minutes in its company can take years off even the most jaded listener. Even better, that sprightly spirit is matched by concise yet exploratory songwriting and accomplished musicianship. No, what makes you feel old is when you learn that the band’s singer was just 14 when they started. In 2010. And that’s just not on.

Frontman Jean-Sebastian Audet is the name of that most precocious of these young prodigies. Already a mainstay of Calgary’s music scene at the tender age of 18, over the last few years he’s amassed an archive of some 350 songs across projects that span genres from wonky pop (You Are Minez) to hip-hop (Zouk Fuck). He’s been known to play shows where he’ll be in every band on the bill, although unless performing under a new name he’s generally restricted to all ages gigs. And even if, by his own admission, “probably only 30 or 40 of the songs [in his catalogue] are good”, on the best material his talent shines through like an incandescent fist covered in LEDs slamming you right between the eyes.

Faux Fur are probably the most fully realised of Audet’s various projects, helped by the presence of Michael Halls, Raff McMahan and Andrew Flegel. If you recognise the latter’s surname, it’s because he’s the younger brother of Patrick and Matthew Flegel ofWomen, who were the giants of the Calgary scene before guitarist Chris Reimer unexpectedly passed away in his sleep last year.

It was Reimer who recommended the youngest Flegel to Faux Fur, but it’s not the only thing that Women fans might find familiar. Tracks like ‘Rough Palms’ are almost uncanny, with distant, smothered vocals floating over those same trebly guitar lines that flicker like a zoetrope animation. Their debut album proper features the traces of various other bands too. ‘Rosemary’ is like a White Denim track played in the smeared, slacker style of Sic Alps, ‘Worn’ sees Grizzly Bear being put under anaesthetic, and ‘I Saw You Standing’ aims for the same early CBGBs, Television meets Talking Heads style that the Stokes used to successfully mine, only more ramshackle and with less posing.

This is not to say that they sound derivative. In the two minutes of ‘Reeling Phrase’, the briefest song on an album of brief songs, they manage to wend their way through a wealth of tones amid the minimalism and repetition: soft, rough, subtle, powerful, rattling, wheezing, pounding and soporific. Similarly, ‘Burnt’ shifts from a cute guitar lullaby to a jerky march, while ‘Fold Paper’ kicks off like a Pere Ubu album track sped up to 45rpm, before guitars start chiming like tightly wound music boxes. It’s probably the high point on an album that only falters when the pace drops a little too much on ‘Discolouration’.” 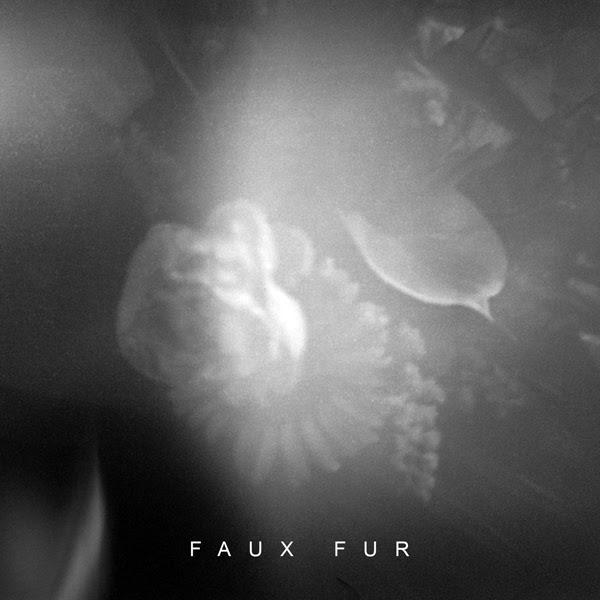