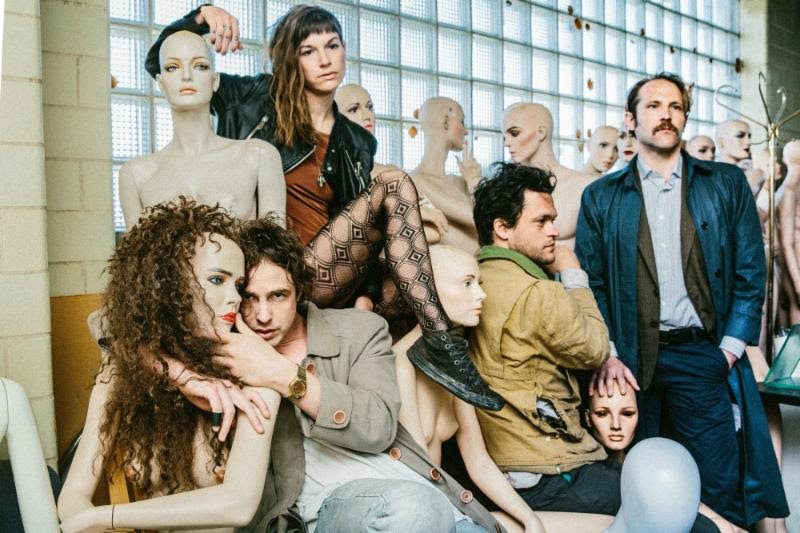 Oklahoma’s BRONCHO have announced their new album Double Vanity, due out May 27, a record that finds the band slowing into a darker and hazier groove. “We wanted something low and slow on this record; that’s the way we’ve been living these days,” says frontman Ryan Lindsey.

Double Vanity finds Ryan Lindsey and bandmates Ben King (guitar), Penny Pitchlynn (bass) and Nathan Price (drums) steadily moving ahead, transforming the raw angst of their first record (2011’s Can’t Get Past The Lips) into a sound decidedly more layered and complex. And while there were hints of certain things to come on their sophomore release (2014’s Just Enough Hip To Be Woman), this third album is that fresh direction fully realized, the band exploring a rich trove of new influences.

“I think in my mind I never wanted to stay specifically in that world,” explains Lindsey, “I wanted to move from there. And as soon as I began starting to think about BRONCHO as an artistic character, it felt really natural progression.”

For Double Vanity, Lindsey worked again from the gut, developing songs in his head, creating landscapes and scenes, a visual guide to accompany the melodies and lyrical concepts. The result feels decidedly moodier, dreamier – tracks swaying lazily out of a haze of fuzz and effects. The undercurrent of early 1980s punk is still there, but The Ramones pogo has been replaced by a kind of Love and Rockets-inspired, honeyed, cotton-mouthed drift.