Factory Floor Stream “Turn It Up” 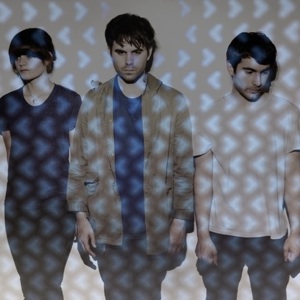 With the release of their self-titled debut on the horizon, Factory Floor is ready to share their latest single “Turn it Up.” The opener of the band’s new record, “Turn It Up” can be streamed above. Factory Floor is also hitting the road this summer for a run of European festival dates. Full dates below.

Out September 10th on New York’s DFA Records, Factory Floor is a vivid snapshot of a progressive band, smashing through yet another ceiling. It’s the first album-length statement from the band, which earned a powerful reputation on the strength of the “Fall Back” and “Two Different Ways” for DFA — not to mention their early releases for Optimo Music and Blast First Petite. Leading up to the release of Factory Floor, the band will be playing select European festival dates this summer. A full list of shows can be found below.

Factory Floor in its current, fully formed incarnation got together in late 2009 when guitarist/vocalist Nik Colk Void joined the dark-hearted, 21st Century rhythm section of drummer Gabe Gurnsey and synth player Dominic Butler. Within months their astonishing gigs had earned them a devoted audience in the UK. The trio figured that putting a demo in the post marked simply, “Stephen Morris: Macclesfield”, would be a good way to contact the Joy Division/New Order drummer. That it arrived at his house was surprising; his enthusiastic response to what he heard, less so.

“I listened to the tracks “Lying” and “Wooden Box” and thought they were brilliant . . . In the tracks I could hear something which reminded me of the spirit of New Order in the early days . . . They were raw, chaotic, fantastic and different – everything I’ve ever liked in a band.” Not long afterwards they worked with Chris Carter from Throbbing Gristle and he was so impressed with them that he ended up joining their ranks for a number of international festival shows in 2011.

In the two years after the trio formed they released a number of EPs and 12”s on labels such as Blast First Petite and Optimo while all the time their live sound was shifting away from an all-out noise assault into a much more spacious and confident exploration of techno, minimal, acid and post-industrial rhythms and textures.