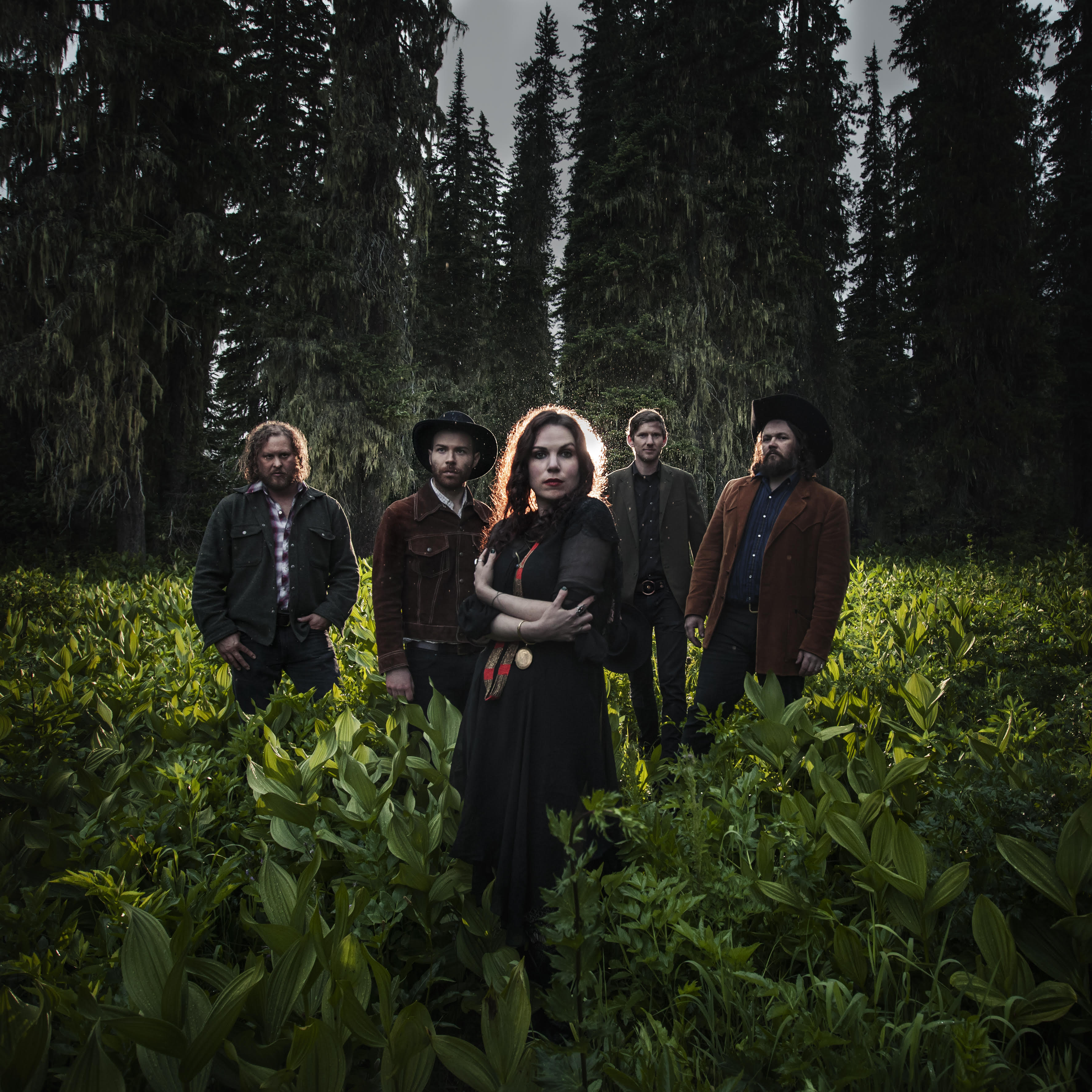 On their debut album, Dying Stars (out August 12th), Seattle band Evening Bell blends classical training, along with a passion for psychedelic-country. It’s the kind of album you might expect to come from Ennio Morricone and David Bowie watching Twin Peaks together. A collision of cosmic country and spaced-out psychotropic melodies. Cinematic lyricism meets Seattle barroom honky-tonk. The two principal songwriters in Evening Bell are comprised of Caitlin Sherman and Hart Kingsbery. Sherman’s interest in Film composition shines through these songs in a kind of cosmic-cowboy punk, while Kingsbery’s bittersweet country heartbreak brings a gravitas to the music. These aren’t dilettantes in Seattle’s Ballard country music scene, but two people who’ve lived hard and worked hard, bringing a stronger perspective to the hard realities they sing about in their music.

“Tail Light” was one of the first songs Hart and I wrote together. Lyrically we invested our own story and frustrations of the beginning of our relationship. The neighborhood we live and work in (Ballard, Seattle) has a wonderful community and small town feel. But say you’re starting a new relationship and you want some, well, privacy? That small town feel can get a little overwhelming. So if you’re not outwardly “together” – if you’re “tailing someone”…a “satellite” – how long can that hold up? And will the other person be patient enough to wait for you to come around? There’s little hints of Seattle locales “dance hall by the lake,” etc.

Musically, we brought it to the band shortly before we went in to the studio as a pretty straight forward ballad. The groove that Jason and Aaron came up with, along with the Beethoven style chord voicing gave the song a dark and biting twist. And Hart demanded some string hits for an added cinematic edge. I think this was Ryan’s (Leyva, the producer) favorite track to work on.” – Caitlin Sherman