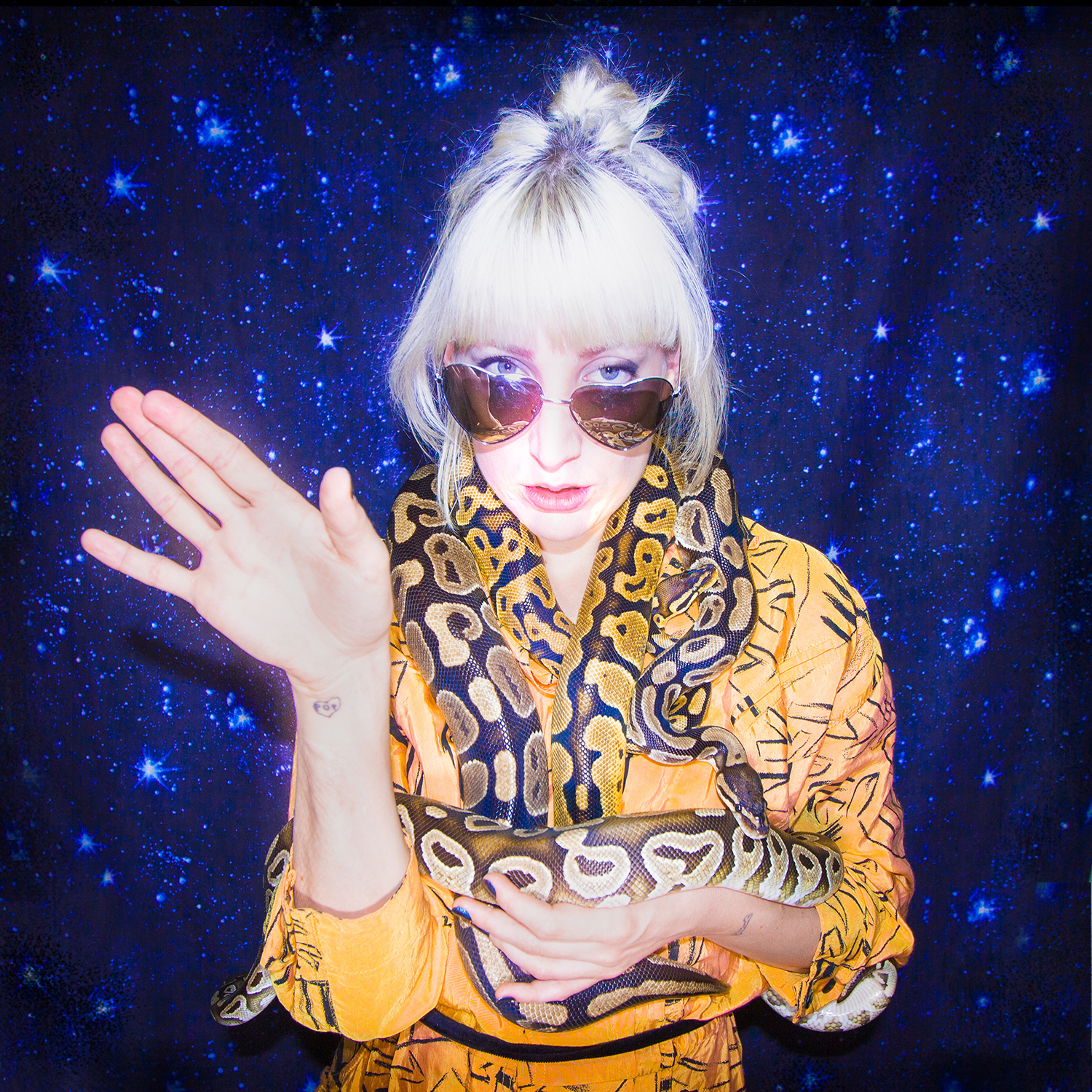 Berlin based singer/songwriter Evelinn Trouble recently shared the title-track from her new Ep Hope Music, today she is debuting the video. The album is now available via Radicalis. Originally hailing from Zurich, the now Berlin-based Trouble has taken to the stages at The Great Escape Festival and Montreux Jazz Festival.

“To escape the Berlin Winter I went to Costa Rica with a friend, to get some sun and shoot some videos. We heard of a cosplay convention in town and decided to do a guerilla shoot there.
I’ve never seen anything like that before, so many people sharing such a strong passion for something so particular. I admire that and I’m deeply flattered that some of the cosplayers agreed to be in my video.”

Born in Zurich to a Swedish jazz singer mother, Trouble grew up in the city’s vibrant squat scene, where her musical talents were battle tested living and playing in occupied houses. “Performing in front of drunk punks at 2 am on a stage, on the verge of collapsing teaches you everything you need to know as a musician,” she says brandishing both emotional and physical scars – some of which she acquired from leaping in front of a moving train in her early twenties. She awoke in a hospital bed, miraculously surviving the 10 000 volts of electricity that passed through her body. Four albums and three EP’s later, she has emerged, and channelled her shadow-self into a vast sonic universe of dark poetry and breathtaking beauty, never bothering about genre boxes or playing it safe. She is renowned for her visual work, directing her own music videos as well as videos for other bands, her poetic visual language being traceable to the DIY background she is from, be it a remake of the classic Wizard of Oz as a trashy splatter short film or a ride in her tour bus that leads through a fractal zoom to a place above the clouds. She played the bloodthirsty Salomé in the opera of the same name, composed music for several plays and film and is regularly touring the world with a contemporary theatre company, miming a knight who – much like herself- was hit by lightning.

Ever wondered what optimism sounds like in the days of now? Evelinn Trouble’s song ‘Hope Music’ is an educated guess on the topic. When you think of the singer reputed for her dark, eerie songwriting, “hope” or “optimism” might not be the first two words that come to mind. And yet, here she is, delivering light-hearted vocal lines over a sassy dance-beat, lamenting with fervor that “Hope Music“ is gonna save her soul. But Trouble wouldn’t be trouble if she’d leave it at that and after a few listens it becomes clear; this song is about more than getting up in the morning with a smile, this “hope” is about survival, an outcry directed at life: “I don’t wanna feel dead anymore“, and maybe that’s as optimistic as it gets in this cynical age of now.