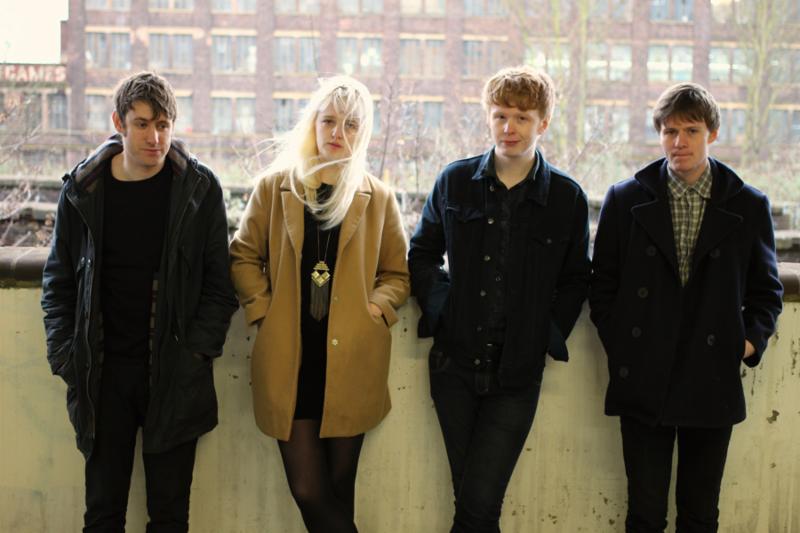 Uk band, Evans the Death return with their second album Expect Delays, due out March 10 on Slumberland (USA) and Fortuna POP! (Europe). The band worked again with producer Rory Atwell. Today Evans The Death shares the video for the single “Enabler.” .

Still barely out of their teens, Expect Delays has a different feel to it: some of them are melodic and pretty; some of them heavy and dissonant; and some of them are, to quote guitarist Dan Moss, “a bit strange”. While retaining the post-punk and 90s alt-rock inspired elements that peppered their debut, the music is more expressive, heavier and more experimental, and the lyrics more nuanced, the sense of despair leavened by sharp wordplay and humour.

The unsettling undercurrent of melancholy and hopelessness that pervades the record has its roots in the last three years, spent eking out an existence on the poverty line in Cameron’s Britain, leaving them with a succession of minimum-wage jobs and unemployment benefits interviews. As guitarist Dan Moss relates, the album is about “being in London and feeling hopeless and a bit lost. Not having any money, relationships falling apart, things just not connecting or going anywhere and getting absolutely wasted all the time.”

Named after the undertaker in Dylan Thomas’s Under Milk Wood, the band’s 2012 self-titled debut, Evans The Death has gone through some changes, the band regrouped around the core of brothers Dan and Olly Moss and singer Katherine Whitaker for the recording of Expect Delays. Drummer James Burkitt was recruited from Leeds’ band The ABC Club to complete the lineup.