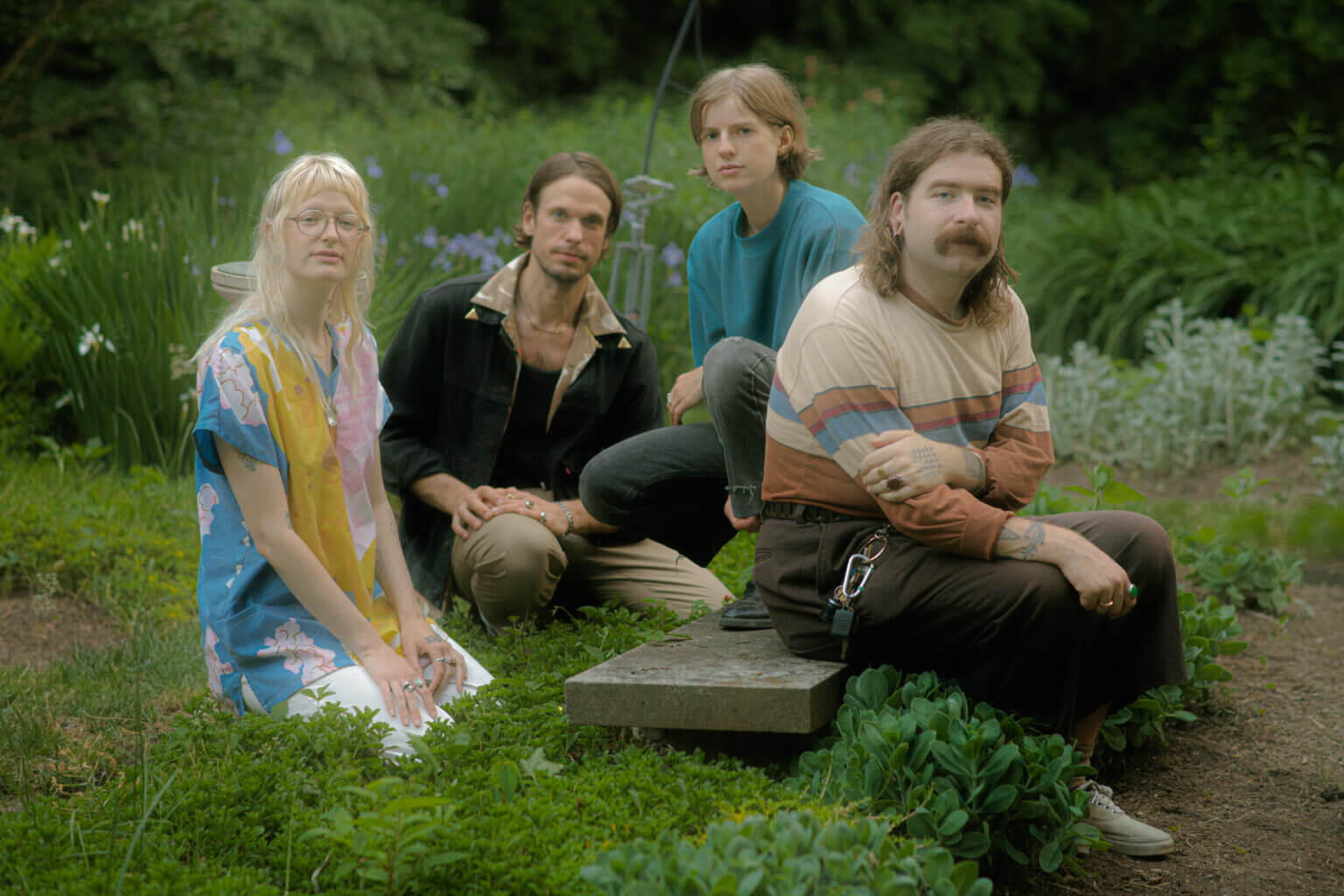 Empath, have shared a new video for “Passing Stranger,” the track is lifted from from their forthcoming LP Visitor, available February 11, via Fat Possum. The chamber piece was shot by Empath collaborator Halle Ballard in Catherine Elicson’s apartment.

“The beat was inspired by druggy Velvet Underground drums, on top of which Randall began improvising a heavy tremolo on his synth. One of the slowest songs we’ve ever written without an abrasive moment. We finally got to do a fade out,” says Elicson. “This song was written in a similar way to ‘Diamond Eyelids’ i.e. collaging together memories. This time I pieced together different memories from my childhood, some idyllic, some difficult, but as if it were a story about someone else returning to their hometown. The melody of this song was actually in a really old iPhone voice memo that I had made and forgot about. When I re-listened to it after a year or so, I was like damn this is catchy I gotta finish writing this one. I also wanted a song where I could bust out my sweep picking in a non-cringe way. I hope to be considered at the vanguard of sweep picking in pop music, thank you.”

Inspired by the disquieting scores of Nosferatu (1922) and The Wicker Man (1973) alongside David Bowie’s Low and forever favorites Fleetwood Mac, Visitor marks a seismic shift for the Philadelphia, PA quartet. While the album holds steadfast to the careening, joyous noise Empath staked their name on, Visitor was produced by Jake Portrait (Unknown Mortal Orchestra), making it the first release the band has recorded with a producer in a formal studio.

Of the video, Elicson says “this video was shot in my apartment in one night. Garrett had ordered a bunch of candles online. We bought some supplies from the deli across the street and also a box of wine. We set up a bunch of colorful lights and props in my studio room and improvised most of the shots. The outdoor scenes were taken on the roof once we needed some fresh air. We ordered Indian food and didn’t really feel like working on the video anymore after eating, so I did a few shots alone and we called it a night. The video was shot by Halle Ballard on iPhone 11 at a high frame rate and on a DV camera. I edited it over the holidays on a copy of premiere pro cc that I have access to via my friend’s login she had when she worked for a documentary filmmaker. She hasn’t worked with him for a couple years though, so I’m grateful the login still works.”