Emiliana Torrini releases “When We Dance” 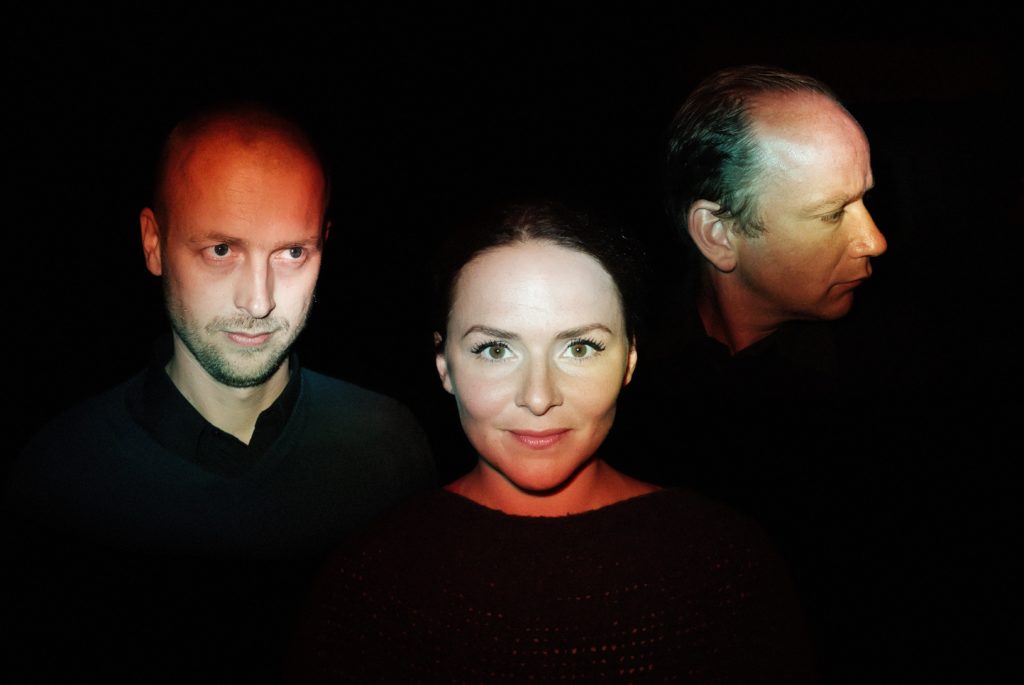 Rough Trade will release a collaborative album by Emiliana Torrini & The Colorist Orchestra on Dec 9th, 2016. This is a live album containing nine Emiliana Torrini songs from her catalog along with two brand new songs, one of which is “When We Dance”.

Emiliana describes the unique circumstances behind the song’s origin, “We had two days to write a song before the booked studio time. We were in the Belgian countryside staying in an old barn, in the middle of a raging electric storm that lasted days. It was scary and exciting, the song was born in this thick humid electric air. So lyrically I left it there. When my son and I were dancing before the writing trip he said ‘mummy when we dance together our mind shines’. I loved that so much that I kept it as the sentence the whole song would evolve around. I also kept the wrong grammar as that kept my son’s innocent voice in the song.”

The video for “When We Dance” was made by Aarich Jespers & Anaïs Dyckmans, this was Aarich’s thinking behind the video; “I was playing with a couple of thumbnails and a magnet and I saw these thumbnails moving and sticking together! It made me think of people in a discotheque and on the other hand of vibrating molecules. The Thumbnails where a little to complicated to manipulate and they look too ordinary to me, so I made little figures! I assembled parts from fishing floats, that I had collected for a long time, and suddenly these objects became funny individual characters. They where acting as real personages! More of a discotheque party than the vibrating molecules, but anyway… It made me smile and I thought that this was something that suits the song even more!”

Seeing Emilíana and The Colorist Orchestra in concert is a truly special experience. They have a musical chemistry that is undeniable, and documenting the experience on an album was something that just had to be done. Listen to “Speed Of Dark” from the album here: http://smarturl.it/SpeedOfDark

The Colorist Orchestra is a Belgian ensemble founded by Aarich Jespers and Kobe Proesmans in 2013. They re-envision the repertoires of established musicians from across genres using traditional classical instruments and arrangements, along with a variety of their own musical inventions to contribute innovative, never-before-heard sounds and grooves to their compositions and re-compositions.

Emilíana stopped working with her band 2 years ago, and instead played with whoever contacted her. Those adventures led her to play with gypsies in Cordoba, with an experimental jazz band in Berlin and she performed two sold out shows with the 60 piece Icelandic symphony orchestra in Reykjavík to name a few.

When Jespers and Proesmans, fans of Torrini’s rich catalogue, invited her to collaborate on a series of live concerts, she was intrigued, and asked them to re-compose one of her songs to see what their concept was all about. The result, a wholly novel rendition of “Animal Games” from her most recent album Tookah convinced Torrini that working with the group was a creative opportunity that she shouldn’t dare miss.

Although The Colorist Orchestra had initially planned to “re-colour” only seven of Torrini’s songs, she was so enthralled by what she’d heard that she convinced them to work with her on fifteen of her previously-released tracks. Jespers and Proesmans pulled together a new eight-piece ensemble to create live re-envisionings of the works.

The group created a new world out of the music, and while Torrini admitted that she could barely recognize many of her own songs in the rearrangements, the collaboration – from emails and Skype calls to rehearsals, sound-checks, and finally, the live concerts – came together organically and beautifully, with Torrini’s talent elevating the Colorist ensemble’s creativity, and the group helping her rediscover the joy and the power within her own songs in this new light.

The shows’ reception from audiences and press was exceptional, and the Colorist members and Torrini realized a live album would enable them to share this magical experience more broadly.

Two brand-new Emiliana Torrini songs debut on this album: “Nightfall,” written by Kid Koala and Torrini; and “When We Dance,” written by Jespers, Proesmans, and Torrini. The latter reflects the musical chemistry the three musicians developed during the process of rehearsal and performance for the Colorist concerts.

Emiliana Torrini’s voice has been embedded in your brain over the last 20 years whether you knew it or not. She was a member of GusGus, and she’s written/produced/performed numerous songs and hits with the likes of Kylie Minogue, Thievery Corporation, Bill Callahan and more.