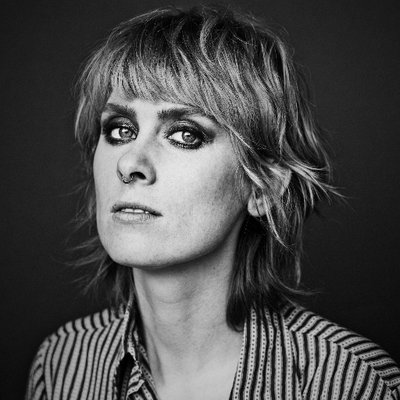 Though so many bands can feel like they’re still searching for their voice on their first record, Ellevator doesn’t have that problem. In their debut EP, the band is raw yet totally developed, and leap onto the scene with something to say. Though it’s quite the short offering, it is full of promise for a band on the rise.

There’s a serene rush as the EP opens on the frantic beats of “New Survival,” with harmonies building the sense of urgency in the music as a whole. The choruses burst with a loud arena rock energy, that totally shifts out of the breakneck paces of the verses. The real strength here however is the electronic synth-pop that glues both the hard rock and punk elements of the song together, and reinvigorates these energies with a new sonic vocabulary. Even the track’s final moments feel more hopeful than scores of Ellevator’s contemporaries as they craft a song with real depth.

“St. Cecilia” roars with a dense mix of distortion and loud keyboards, as it sets the stage for the kind of song it wants to be. In every sparse verse, having this massive wallop of a sound ready to be unleashed at any moment gives the song a sort of tension, and gives it so much room to grow. While it also makes each chorus that much more satisfying, it’s most fun to hear them slowly bleed in the walls of sound throughout the verses. Ellevator even subvert their previous choruses with an expansive bridge as the song closes out on dreamy note.

This hazy feeling flows right into “Struggle/Lust” as the synths utterly take over, and up the song’s emotional weight. The track’s simple progressions are so layered that their straightforward delivery works to their advantage more often than not. Nabi Sue Bersche’s velvety vocals ride the wave of dynamics, and kick up with every drum beat to make the song really take hold with listeners. It’s the tender core that Bersche brings to it all, in the subtle waivers and cries out that make the whole album really go that much further however.

Ellevator is at their brightest though on “Voices” as guitars shriek out and their overall sound takes on ethereal tones. Each drum line tumbles out with an energetic roll and bring a hearty spirit to the song that carries into the bass as well. This sense of joy and wonder is the track’s greatest strength and one that will make people want to get up and dance to it. The sheer momentum of the song may be it’s make or break point for many people, but as an overall package it is a beast of a track to contend with.

Though the slow pace of “Hounds” may not feel quite as fleshed out as other tracks on this record, there’s a more pointed approach to every instrument in this track. While the drums certainly stand out as the song’s biggest standout, there’s an emotional pain behind it all that makes it stronger.