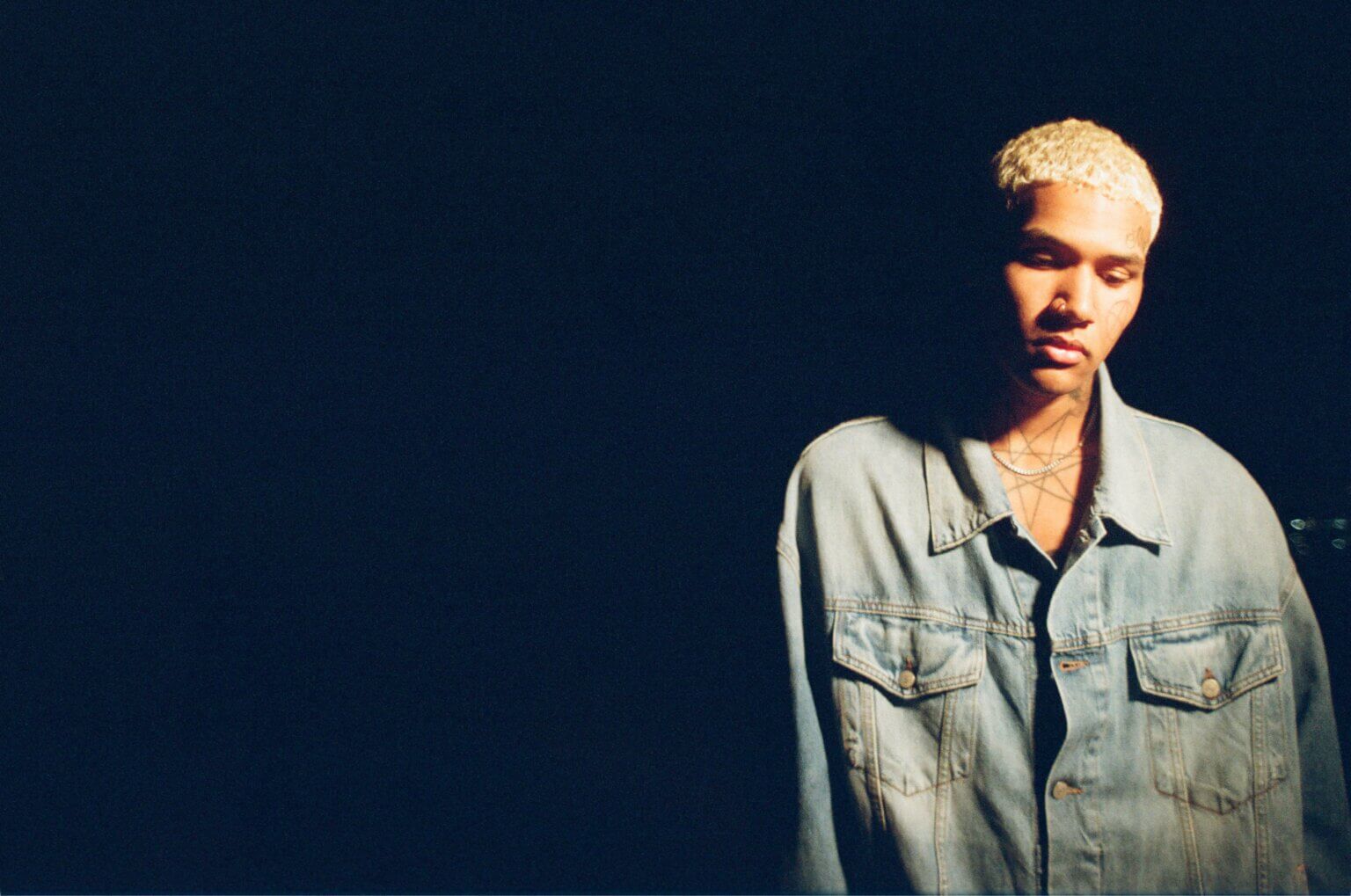 Like many of us EKKSTACY—the moody alternative post-punk performer from Vancouver—had an emo/occult phase. Actually, if you talk to him right now, he says this “phase” never really left. But when he was around 16-years-old, he took it to new heights, setting up some candles in a dim-lit room and offering his soul to a demon in exchange for fame.

“I was trying to do music and I couldn’t so I did a seance and you had to offer something to this demon, so I said ‘I’ll be alone forever. You can watch me suffer,’” he says over a Zoom call before hopping on a plane to London to play Pitchfork Music Festival.

The demon that EKKSTACY was trying to contact and make a deal with was Ronove—who in occult and demonology circles is a Marquis and Great Earl of Hell who commands rhetoric, language and the arts. If you listen closely to some of his lyrics in his early work, EKKSTACY actually sings Ronove’s name a few times.

“I was supposed to be talking to him. Like I researched all of this shit, read the books, and I’m not sure how much I believed it, but it might have worked. I was into some stupid shit when I was younger,” he says under a laugh.

A few years after the seance, EKKSTACY admits he was filled with regret. What if it came true? What if he was never able to find love because of some deal with a demon?

This is why EKKSTACY has the Russian word “любовь” tattooed across his chest. It means love and at the time, it was EKKSTACY’s way to attract positivity. You can also clearly see the tattoo on EKKSTACY’s latest album, misery. The Russian spelling has little to no reasoning, but EKKSTACY says it came from a Russian girl he was chatting with at the time.

There’s no way to know if the deal with Ronove worked, but in the last few years, EKKSTACY’s popularity has exploded. His streaming numbers are up, people are posting his music all over TikTok (which he admits is odd), he’s going on world tours, and his shows are selling out. It could have been a placebo effect; that after reflecting on the seance all those years later, he finally gained the confidence to make the music that he wanted.

misery is a much more abrasive, in your face post-punk journey than EKKSTACY’s first release, NEGATIVE. His first release did find him a fanbase, but he says he was not satisfied with the end result.

“I was very unhappy when NEGATIVE was the thing,” he says. “The shows were so boring and honestly, NEGATIVE was kind of pussy bedroom pop. I was really considering just quitting. misery feels like my own thing and the shows are ripping now.”

NEGATIVE was made completely online over Discord with EKKSTACY and his producer. Together they found beats online and EKKSTACY put lyrics to the songs. It was a very fragmented process.

“It didn’t feel special at all and I didn’t put everything into it,” EKKSTACY says.

The creation of misery was the exact opposite—in person in EKKSTACY’s garage with him on drums and his producer, Suzy Shinn (Weezer, Panic at the Disco, Fall Out Boy) on guitars and other production.

“I would just freestyle over the shit we were making and it felt really good. I like the heavy feeling of the songs,” he says.

Though he’s often compared to Joy Division or someone like The Smiths, EKKSTACY’S switch in tenacity from NEGATIVE to misery was inspired by his newfound love of Christian Death, a forerunner of the deathrock/goth wave genre from the early ‘80s.

“I heard them a while ago and kind of shrugged it off, but after discovering them by accident I was like ‘Oh my god.’ I knew then what I wanted to do with my own shit. I needed to go heavier.”

That heavy and explosive quality to EKKSTACY’S music won’t leave anytime soon. He promises his next release, which he’s going to call, Destroy, will be even heavier.

“I’m going to do misery but like elevated with a full band, live-off-the-floor. I’ve found when playing live, it sounds so much more real,” he says. “That’s how rock bands did it in the ‘80s And no one sounds like that anymore.” 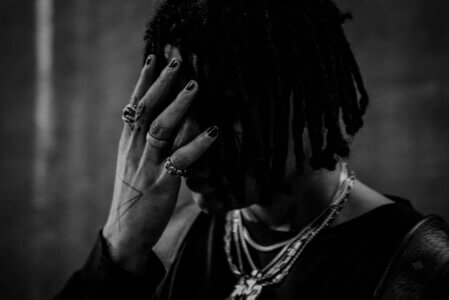 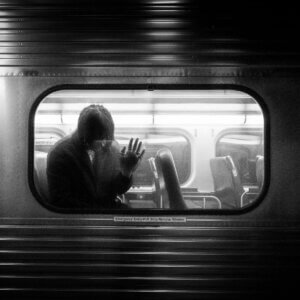