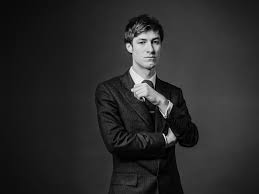 2015 has been a busy year for William Doyle (aka East India Youth). From the release of his second album CULTURE OF VOLUME in April and the subsequent months of touring that followed (including shows at Brixton Academy, Glastonbury Festival and SXSW). As the year draws to a close, he has released a digital Remix EP containing three tracks reinterpreted by electronic drone pioneer Blanck Mass, Japanese field recording enthusiast Yosi Horikawa and of Techno innovator Truss.

Commenting on each Remix Doyle writes:

Blanck Mass –
Benjamin John Power – he of Fuck Buttons fame – records under his incredible solo project Blanck Mass. He’s made two of my favourite electronic albums of recent years in his self titled debut and 2015’s ‘Dumb Flesh’. Plus, his 12” ‘White Math/Polymorph’ from 2012 is possibly one of my most played pieces of vinyl. I’ve gotten to know Ben over the last few years so it seemed like an obvious ask when thinking of remixers. I really like what he’s done to MANNER OF WORDS. I have a theory that it is the first time he has worked in a 3/4 time signature as well and I’m happy to have helped this happen.

Truss –
I’ve seen Tom Russell aka Truss (and his regular sparring partner Perc) more than any other techno DJ since I moved to London, and it’s hard to think of a more consistently transcendent – and at times brutal – club experience. Nights at Corsica Studios in Elephant & Castle have been a very important and influential thing for me socially and artistically, and under his MPIA3 moniker, Tom’s RA mix was often my ‘getting pumped’ music before heading off to some landmark raves. While his remix of MONTAGE RESOLUTION is a little more subdued, the swing and pace is everything I’ve come to love and respect in Tom’s work.

Yosi Harakawa –
I wasn’t very familiar with Yosi’s work before Gyto who works for Hostess – the label that distribute and promote our records in Asia – sent through some suggestions of possible remixers. Really fell in love with his stuff instantly though, and I like how he’s kept MANNER OF WORDS’ structure intact but completely evolved the dressing around the core of the song.