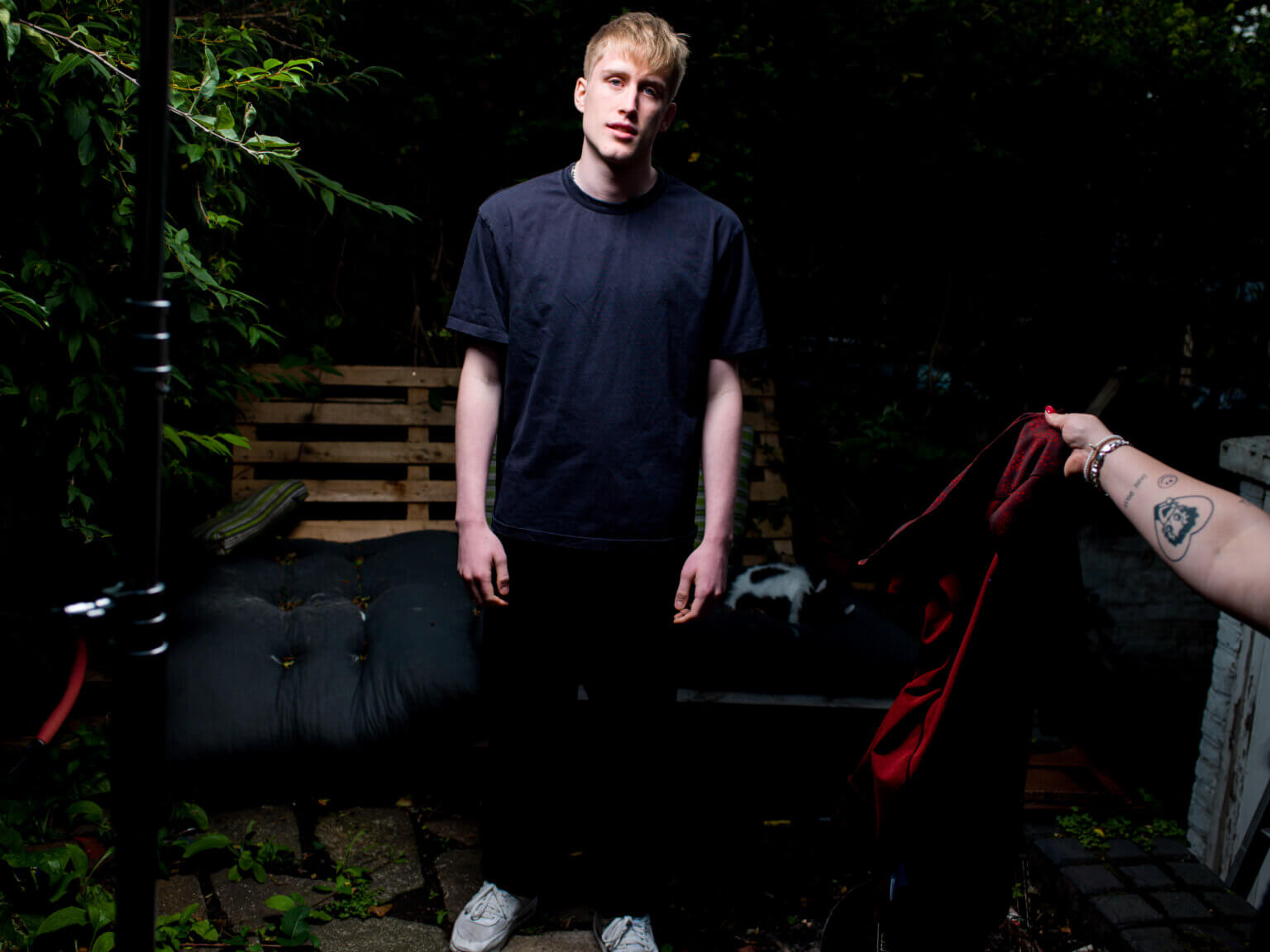 Over the last year, dvr has gone from a 16-year-old from North Berwick in Scotland on the hunt for a cracked copy of Ableton to an artist collaborating with Kenny Beats. The prodigious singer, songwriter and producer self-released tape_01 and “thru the city” single in 2020, and u can call me dillon EP of demos in early 2021. These quickly became a viral success, racking up millions of streams and seeing him gain fans in Snoop Dogg, FINNEAS, Omar Apollo, Joy Orbison, and Clara Amfo who said of him “dvr – a name that is going to be everywhere in the coming years.”

dvr, has announced the release of dirty tapes, his debut EP on XL Recordings due out on January 14th, 2022. To mark the news dvr today also premieres a new single “stupid”. Written, recorded, and produced by dvr, “stupid” is accompanied by a Forluck-directed music video.

“stupid” is the second track to be released from the dirty tapes EP following September’s release of lead single “lowlife (with kenny beats)”. It once again showcases dvr’s genre-fluid sound, combining wry lyricism, unique DIY production and infectious hooks; a charismatic style that shines across all tracks on the dirty tapes EP. Speaking on the song, dvr says “had a rough time but got some tunes out of it so good return on investment. Bit schtewpid innit”.

With his soft, hybrid accent (“somewhere between Scottish, English and South African”) Dillon explains that when it comes to music, he writes straight from the heart. “My songs are basically diary entries,” he says. “If they seem kind of personal, it’s because they are. In fact, I might be oversharing.” He began building beats on Garageband at the age of 12, having just had his mind blown by the hip-hop on his friend’s iPod. Up until that point, Dillon’s experience of music looked a little different — his parents, both South African, had raised him and his older brothers on legends like B.B. King and Jimmy Hendrix.

At 15, Dillon taught himself guitar from a series of YouTube tutorials breaking down songs by Frank Ocean and quickly realised that making instrumentals on Garageband – though it had given him a solid foundation for songwriting – wasn’t going to cut it. Inspired, he convinced his school to reintroduce a long-shelved music technology A-Level course. “They had a really shitty old studio,” he says of the state school he attended in North Berwick. “All the equipment was falling apart but it was a space that I could go to make music.” Finding his feet through playing with influences, Dillon was beginning to think he might be onto something when the pandemic shut down his school. With the news that they’d be sent home in just two days, he set out on a mission to complete the song he had been working on. “It ended up being “Am Sleep” from tape_01,” he says. “It was the first proper song that I ever made; I was like, oh shit! It actually sounds quite nice!” The internet would soon agree.

“This is where Kenny comes into the picture,” explains Dillon. Newly confined to his home, the teen started hanging out on Twitch and quickly landed on Kenny Beats’ channel. “I went straight into the Discord and asked if anyone had a crack of Ableton,” he remembers. “It’s what I had been using at school but I couldn’t afford it.” After almost being banned for the request, Kenny himself chimed in and told Dillon to go grab himself Ableton’s 90 day free trial. “I was like… 3 months?! That’s all the time in the world!” In that 90 day period, Dillon wrote, produced and mixed his debut project, tape_01. On release, in June 2020, the mods of Kenny’s Discord urged the US producer to give the EP a listen, which he did… live on stream. The next day he reached out to Dillon directly.