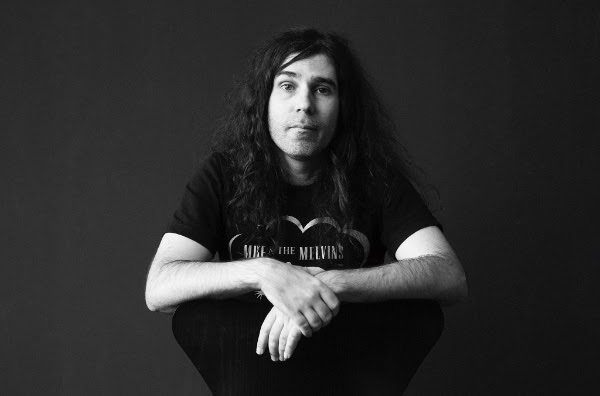 Today, they share album track “Unbury The Hatchet,” which features lead vocals from David Yow, plus electronic soundscapes and Tuvan throat singing by Einsturzende Neubauten’s Alexander Hacke. You can stream the track.

Where being in a band can be like a marriage, Dumb Numbers is more of an open relationship: with no definitive lineup, it’s primarily a recording project, and live performances are rare.

Dumb Numbers II comes as a follow-up to the band’s 2013 S/T release, which saw them tour with My Bloody Valentine. The new album’s cover art (below) is by Malcolm Bucknall, who has only allowed his artwork to be used on three records previously: two Jesus Lizard albums and the band’s 1993 split with Nirvana. The cover of Dumb Numbers II features a Bucknall painting called “My Bohemian Rhapsody.”

Dumb Numbers II Track Listing:
1. My Mantra
2. Will You Earn A Star
3. Girl On The Screen
4. Essence — Existence
5. No-One
6. Unbury The Hatchet
7. Wonder Why
8. Sometimes There’s No Next Time