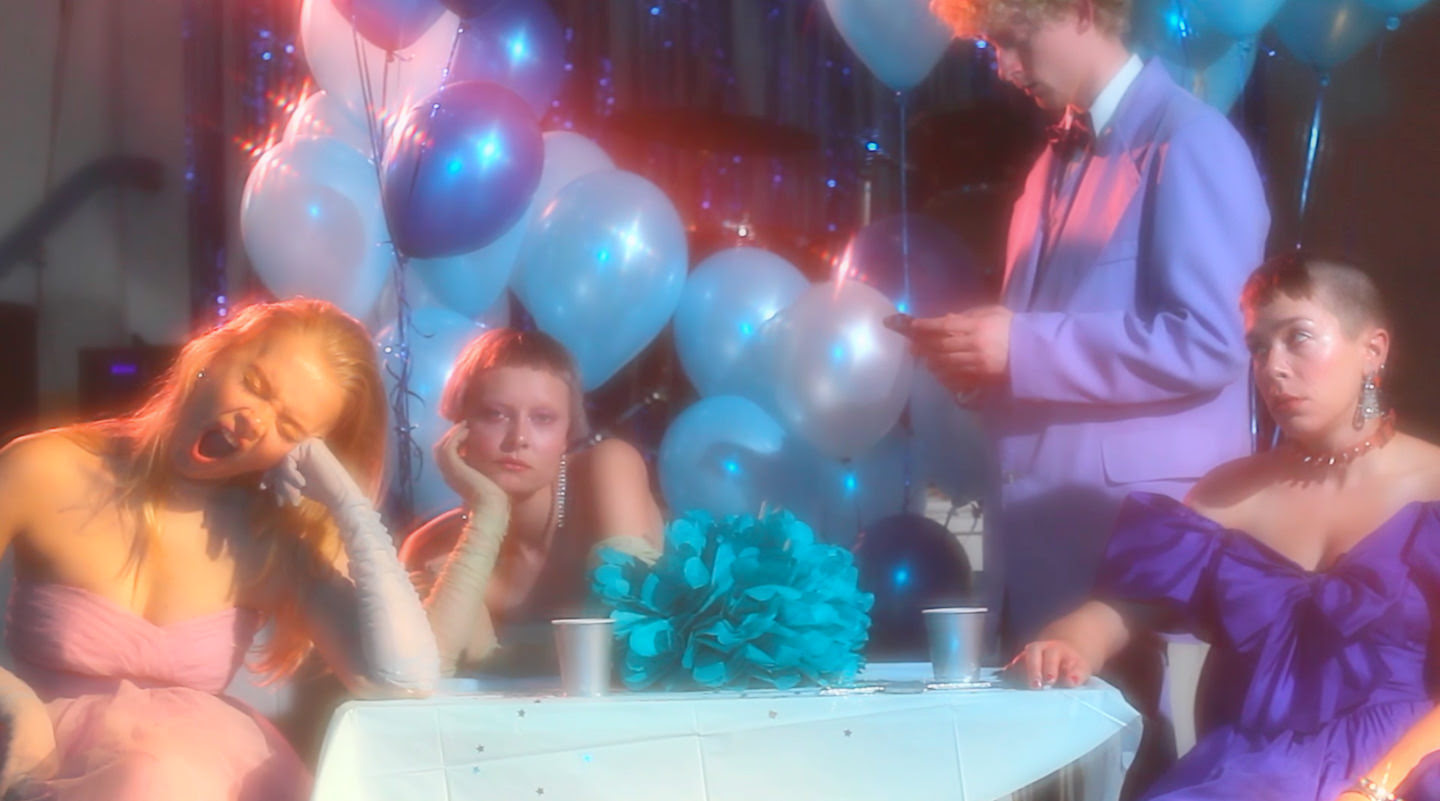 London-based and British/Icelandic born punk rock trio Dream Wife recently announced their self-titled debut album, and today they share a striking music video for the record’s first single. “Let’s Make Out,” the band’s celebratory ode to femme sexuality and consent, was directed by Aidan Zamiri and sees the Wives hosting their very own prom.

“Proms are synonymous with coming of age, a necessary social before graduation. We threw an IRL prom at our recent London show to announce our album and the night ended with much of the cast from the video making out and dancing with us on stage. Prom in many ways represents us coming of age as a band and we’re hoping to usher in this new era; dancing, making out, making things with our friends and flipping the script every step of the way.”

Since forming in 2015 as a college art school project, Dream Wife – a name chosen as commentary on society’s objectification of women – have become one of the foremost up-and-coming bands out of the U.K. They have garnered praise for their early releases and their ferocious live shows, which saw them sell out venues across U.K. and Europe, tour the U.S. with the Kills, and play festival stages all over the world. Now the band are gearing up to release Dream Wife on January 26th, 2018 via Lucky Number.