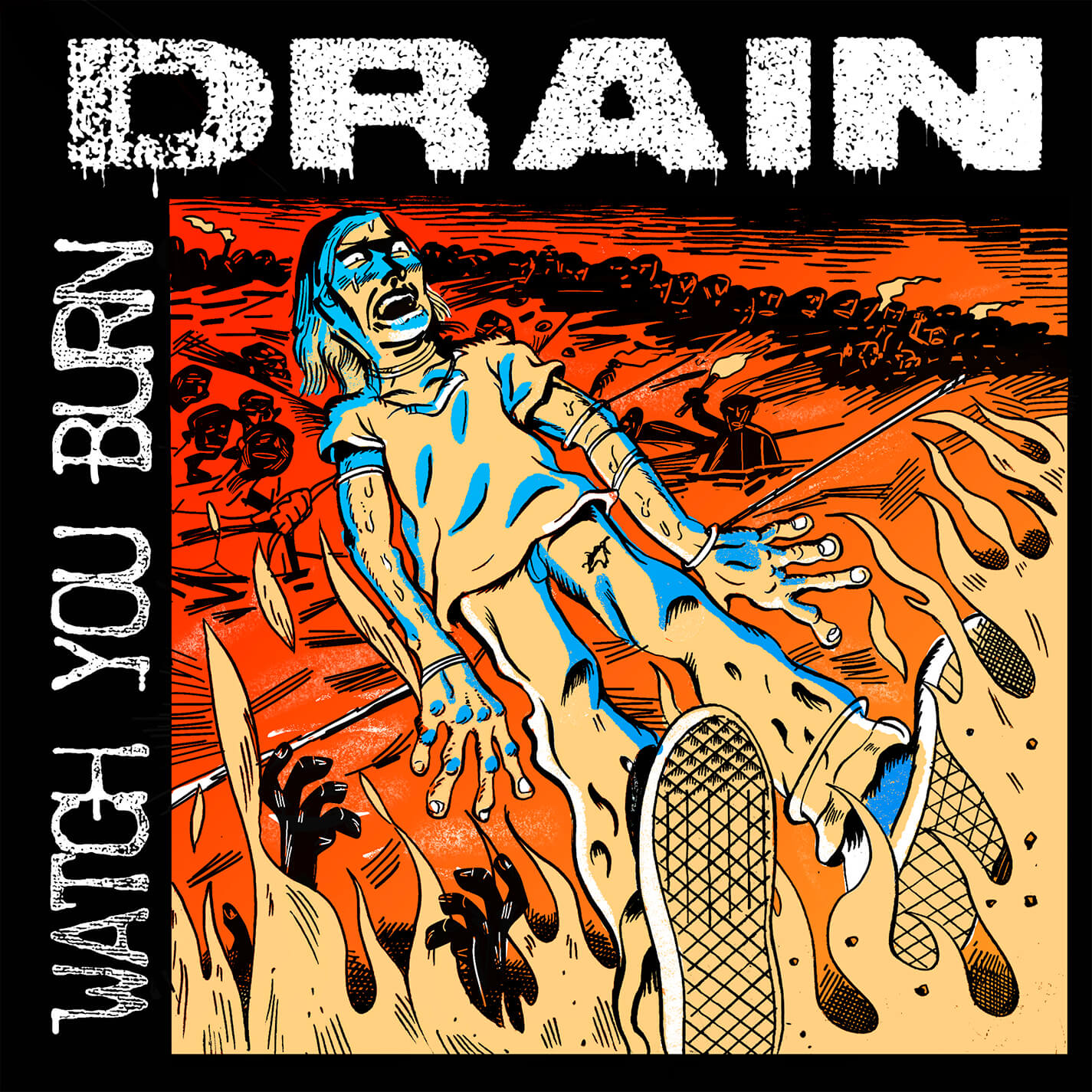 Santa Cruz, California hardcore band have signed to legendary punk/hardcore local Epitaph Records. Along with the news, the band have shared a new video for their single “Watch You Burn.”

Today, the Northern California-based band shares their new single “Watch You Burn,” produced and engineered by Taylor Young (Nails, Twitching Tongues, Rotting Out). “’Watch You Burn’ is a pissed off and in your face song that I wrote after hitting a breaking point this year,” explains vocalist Sammy Ciaramitaro. “Lyrically, it is exactly what I felt like I needed to say to convey the way that I had been feeling, while also being the exact words that I needed to hear at that point in my life. I was in a really dark place and I used my mindset and troubled environment as fuel to create and make a positive out of a negative. Life handed me lemons and I made a badass song out of it”

Since their formation in 2014, Drain has released two EPs and one full-length record; Over Thinking (2016), Time Enough at Last (2017), and their debut record California Cursed (2020). The band takes heavy influence from thrash, and ’80s to ’90s hardcore mixed with a modern influence.

Having gained notoriety for their energetic and chaotic live shows over the years, Drain will be on tour this fall as direct support for Terror. Additionally, the band will play a handful of dates with REGULATE.