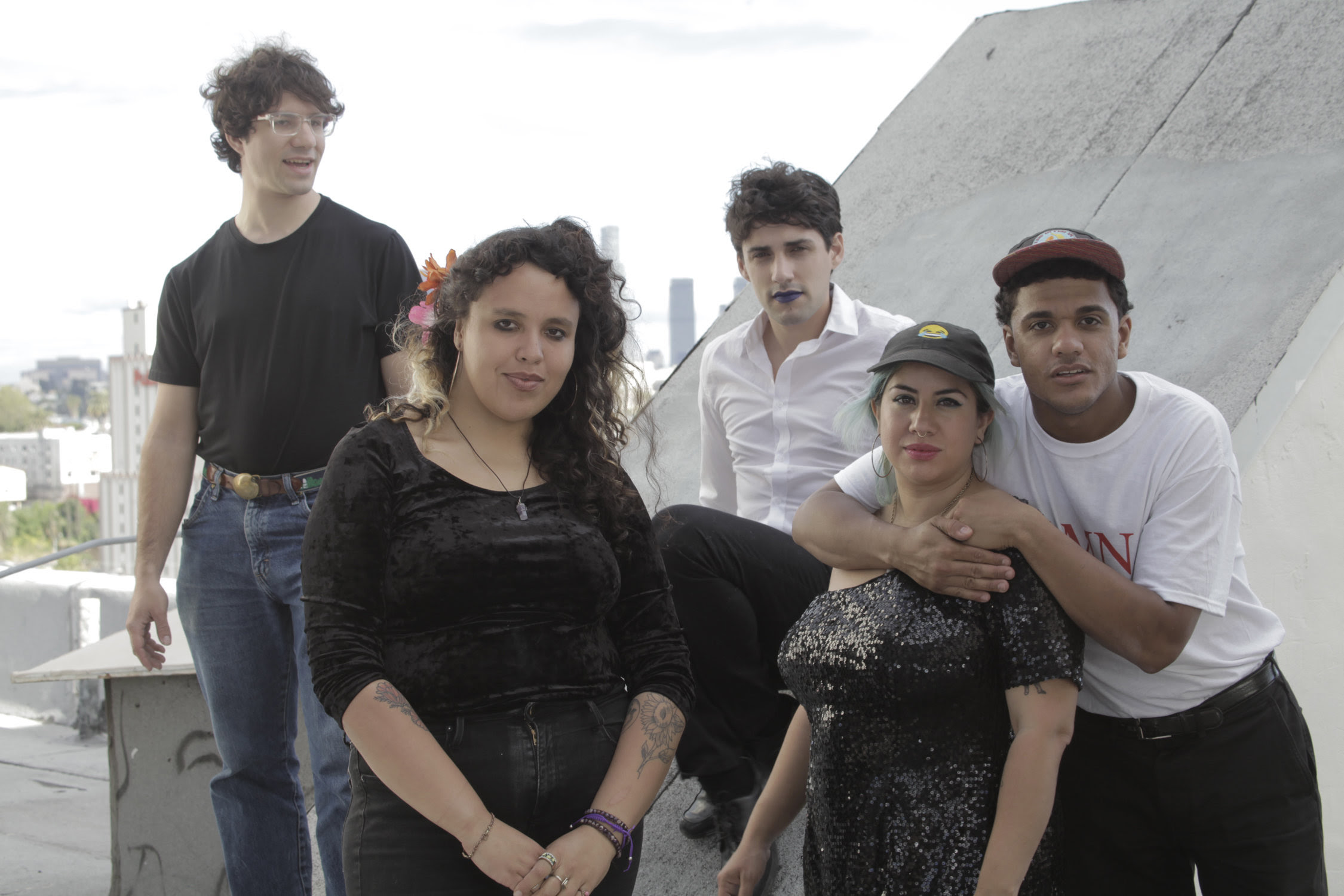 Downtown Boys have always used their energy to unite crowds in the struggle to smash racism, queerphobia, capitalism, fascism, boredom, and all things people use to try to close our minds, eyes and hearts. Downtown Boys have announced their third album, Cost of Living, to be released August 11 on Sub Pop. Cost of Living was Produced by Fugazi’s Guy Picciotto, ( Blonde Redhead, The Gossip).

Cost of Living is Downtown Boys’ first release for Sub Pop, and the band is using this new platform as a megaphone for their protest music, amplifying and centering Chicana, queer, and Latino voices in the far-too-whitewashed world of rock. t Lyrically inspired by Assata Shakur’s poem “i believe in living,” album-opener “A Wall” rides the feel-good power that drove so many tunes by The Clash and Wire, calling out the idea that a wall could ever succeed in snuffing the humanity and spirit of those it’s designed to crush. “Promissory Note” is a bold self-introduction to the exclusive clubs that either ignore Downtown Boys’ existence, or worse, feign appreciation: “So what’s the matter, you don’t like what you see? / I can’t believe you’re even talking to me!” Ruiz shouts. “Tonta,” one of the three songs written and sung primarily in Spanish, is an introspective and emotional portrait of anguish which calls to mind the mighty scrum of Huasipungo at an ABC No Rio matinee.