With layers upon layers of breathtaking chords, weighty bass lines and hypnotic synth phrases, the album sits somewhere between a floating lucid dream and a deep trip into a synaesthetic wonderland. The track “Draft Culture” was the album’s starting point — the track made him realize he was “on to something, vibe-wise.” Then the album began to take shape, very slowly but deliberately. In the past he had tended to work quickly finishing tracks within days, whereas each of the tracks on this the album was often a month-long process.

While working on this album, he cut down on touring and distanced himself from his signature club sound to put his mind on what was to become a two year journey. His rise from bedroom producer to a performer at London’s Royal Albert Hall has been beautifully encapsulated on Joined Ends.

The self-taught keyboarder and multi-instrumentalist studied Sound Design & Music Production at the Salzburg University of Applied Sciences which helped inform his unique approach to production.

For Joined Ends, Dorian Concept (a.k.a. Oliver Thomas Johnson) dropped his trademark MicroKorg and started working with new gear, building the album around a Wurlitzer electric piano and a handful of analogue synths. Sequencing only the beats, he based his songs on material he recorded live and then sampled. Concept says, “the new gear was important because the MicroKorg had been my main production unit for a long time. It really tied me down to my old sound. I’ve always been a fan of reduction, so working with analogue gear was a way for me to put my focus back on playing. It feels like my first musical cycle is closing and the start of a new one.” With this in mind, he is expanding his much lauded live show into a trio with touring planned for the autumn.

He even sings throughout, intertwining melodies and washes of colour. Dorian Concept explains: “I wanted my vocals to have a distant feel, to be somewhat inaudible and androgynous. For them to be something that you’d feel like humming rather than reciting — almost as if the vocals entered your mind as a memory.” 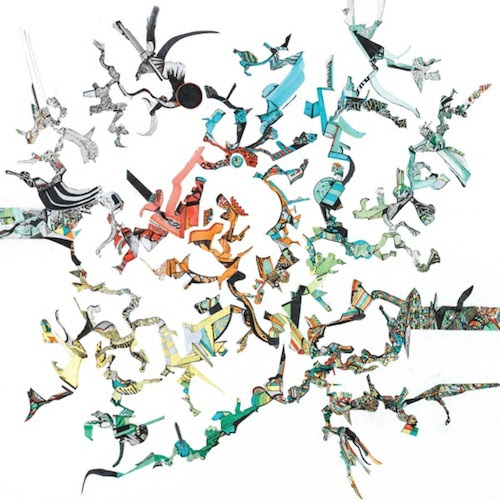