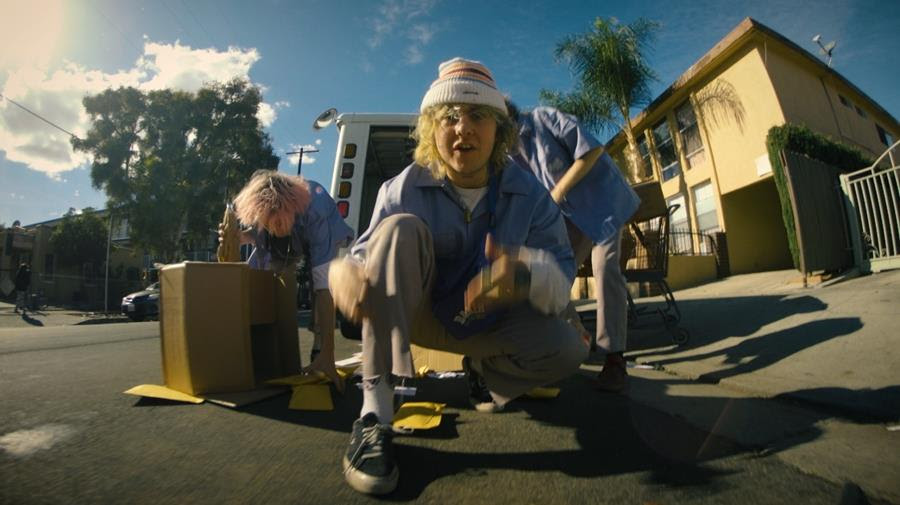 RAT BOY has released his new single “DON’T HESITATE”. The track is off RAT BOY’s forthcoming release INTERNATIONALLY UNKNOWN, which will be released on January 25th via Hellcat Records.

“‘DON’T HESITATE’ was recorded as a live band with Tim Armstrong (Rancid) and John King (Dust Brothers – producers of Beck and Beastie Boys) suggesting things for us to try out, like percussion through a space echo, distorted slide guitar and ukulele bass which is insanely subby. This was tracked live to a tape machine and then back out of the tape machine into Logic. I was then able to chop it up: 808s and early ‘90s Rebel MC style production.”

RAT BOY first found Tim Armstrong’s punk/hip-hop band Transplants in his father’s record collection, and subsequently delved into his back catalogue with Rancid and Operation Ivy. RAT BOY had repeatedly mentioned his admiration of Armstrong in interviews, which led to the L.A. punk veteran discovering the young Essex upstart.

Separated by 30 years of age and the Atlantic Ocean, RAT BOY and Armstrong sound like the very definition of an odd couple. But they immediately connected on their first phone call, through a shared love for mixing the visceral energy of punk with hip-hop beats. In many ways, it’s hardly surprising: both musicians share similar influences and often reflect on their upbringing in their lyrics.

The pair met at Armstrong’s Shiprec Studios where he had just finished producing The Interrupters’ latest album and immediately captured three demos on their first day together, with members of The Interrupters backing them on bass and drums. Not only did they have chemistry but they had a wealth of unorthodox creative ideas, such as chopping up live drums before filtering them through an old tape machine or RAT BOY playing Armstrong’s left-handed guitar upside down.