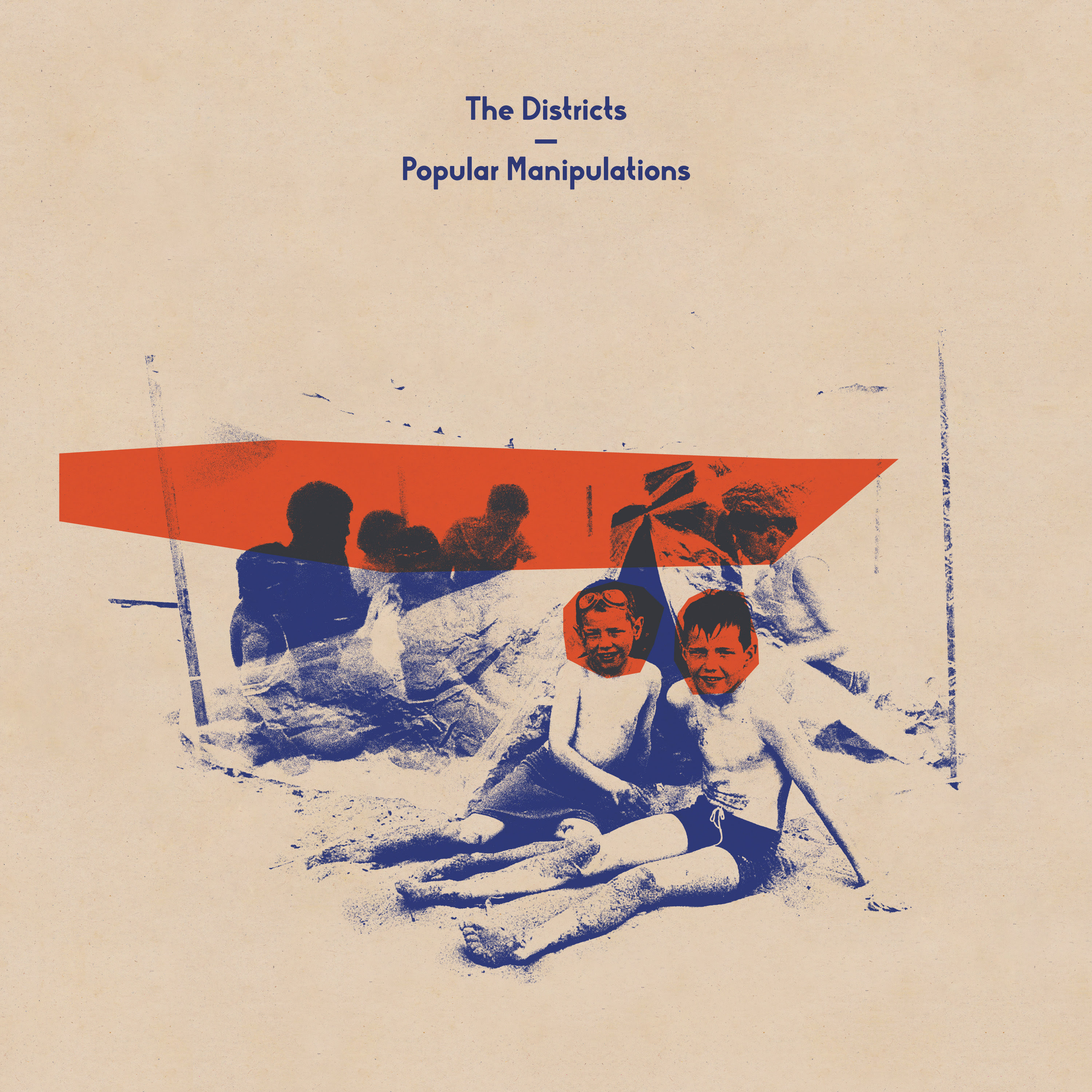 The Districts have announced their new album, Popular Manipulations, out August 11th on Fat Possum. Along with the announcement they’re sharing the official video for their new single, “Ordinary Day,” directed by Out Of Town Films. Noisey debuted the video earlier today alongside a conversation with the band’s Robby Grote.

In the “Ordinary Day” video a masked figure walks through the streets of Philadelphia adding an eerie mood to the band’s emotive first single. Shots of the band performing in all black are spliced in affirming the dark undertones of the track. The song builds and builds until the apex when a series of masked figures are revealed. Eventually the masked protagonist joins the band onstage for the song’s finale. There’s sadness to the affair but you can’t help but hear the hope in Robby’s voice.

The Districts are a band that never stops moving. Popular Manipulations is an accurate representation of how much Robby, Braden, Connor, and Pat have grown, individually and as one solid unit. They’ve fallen in love and had their hearts broken and put back together again. They’re not the young underage band anymore, they’ve stepped out of their comfort zone and have come face to face with things that are so much bigger than them.

Popular Manipulations is life in the present. The way Robby belts from the depths of his chest compliments Pat’s crooning guitar while Braden and Connor lock in with a rhythm section so thick you could slice it with a knife. The songs are so visceral and compelling they make you like you’re experiencing every emotion at once. You can wade through the lyrical themes of manipulation, possessiveness, and anxiety or float among their dark and dreamy arrangements. Each song stands alone on its own but the synergy between them as a whole is explosive.

The Districts will tour throughout the coming year in support of Popular Manipulations including dates with My Morning Jacket. They’ll make stops at Lollapalooza, Osheaga, Reading and Leeds Festivals, and more. Their live show is not to be missed. Every song is epic and heart-stopping. A full list of dates is below.