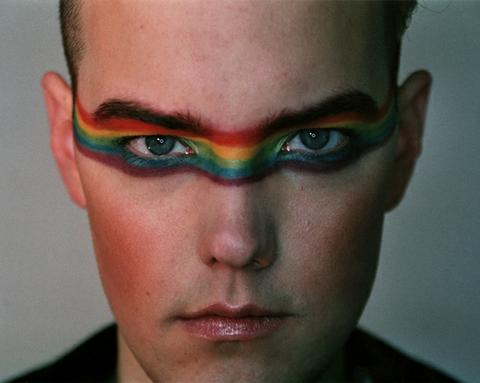 Diamond Rings has just announced a string of Canadian tour dates in March that will culminate in an appearance at the SiriusXM Indie Awards on Friday March 22nd during Canadian Music Week in Toronto. He will also be appearing at the annual SXSW Festival in Austin, Texas. Further information and tickets are available via Diamond Rings’ official website.

To mark the announcement of his 2013 Runaway Love Tour, Diamond Rings is kicking it elementary school and offering up a baker’s dozen of oversized Valentines in the form of his limited-edition heavy-weight silkscreen posters (see image below). Thirteen lucky winners across Canada will receive a signed and personalized Diamond Rings Free Dimensional poster.

To enter the contest, fans are invited to tweet their favourite love-related Diamond Rings lyric (bonus points for a rhyming couplet!) @diamondrings with the hashtag #runawaylove. Winners will be choo-choo-chosen by John O himself, and posters will be post-marked on Valentine’s Day, set to arrive before the start of the Runaway Love tour.