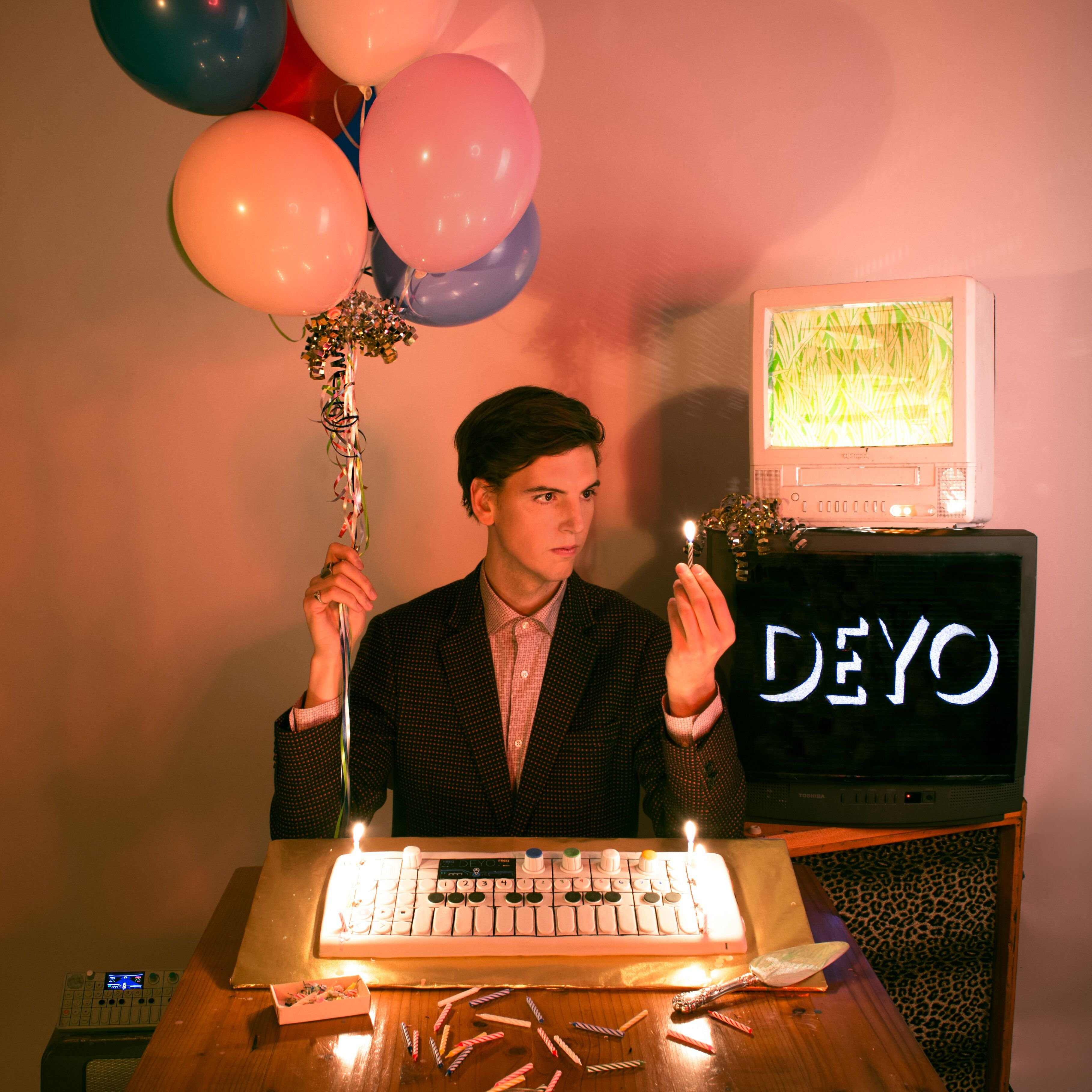 DEYO has been described as damaged-pop music. Using field recordings, antique instruments, found sounds and creative recording techniques, it is a showcase of poly-fidelity and range. The sounds on this record take the listener on a journey from a San Francisco living room to a small Canadian hut in the mountains of Banff, from a museum in Paris to a taxi-cab in South America, only to be melded together in an Oakland warehouse recording studio. At once classic and futuristic, these songs are threaded together with catchy melodies and uncommon lyricism to create unique slices of textured pop.

He recently shared a video for lead single, “digital.” The clip was directed by Michael Parks Randa (Rick Ross, Deer Tick, mewithoutyou, Shovels & Rope). DEYO enlisted the help of his brother, actor Nicholas Braun (Succession, How to be Single) and 3 of his closest friends for the video. This is the first single off DEYO’s upcoming self-titled debut, co-produced by Jeremy Black (Apollo Sunshine).

“This is a song about being found guilty and accepting the repercussions of love and lust. It represents the sound of wallowing in the wake of destruction, contemplating the reasons, making excuses, and eventually just accepting the consequences instead of looking back on the past with hope. The song has a melancholic, woozy groove that explodes in the choruses and showcases a poly fidelity of sounds enclosed in an alternative pop ballad form.
-Howard Bilerman was the engineer of the project.”