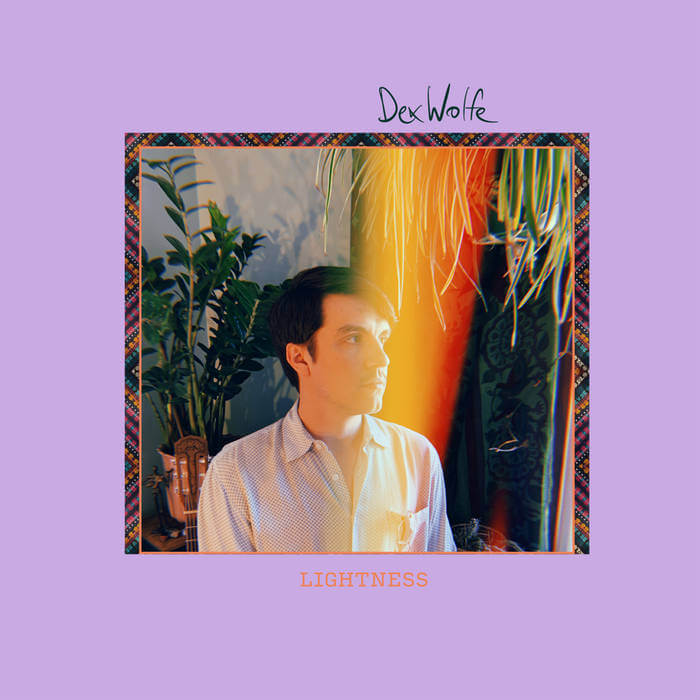 Lightness is four songs of intimate lo-fi pop that never sounds sloppy. Instead, it feels like melodies so beautiful, Wolfe had to capture them as quickly as possible, like the slightly burred photograph of a deer caught moments before it bolts away.

Wolfe is a Minneapolis-based musician, producer, and engineer. Those three roles serve him well on the album. Wolfe’s a wonderful songwriter with a sweet voice, but by using production that’s a tiny bit off-kilter, chirping keyboards meeting strummed guitars while trumpets catapult notes through the air, it would be very easy for the EP to come off as chaotic. And if those rough edges were too smooth, the album would sound generic. But Wolfe wisely kept just the right amount of wildness, giving Lightness the perfect cowlick.

“Lightning” has a Syd Barret vibe, with much more intentionality and control. Wolfe’s acoustic guitar hops through the song as keyboard and electric guitar pops in and out, almost like a group of children taking turns showing off to each other. His vocals are covered in a light haze of sound effect, making the whole track feel dream-like. “Little Car” also features acoustic guitar, but more front-and-center, making the track feel like, with more straight-forward production, it could be work perfectly as a folk performance, although it wouldn’t be half as interesting without
the drums and electric guitar cries.

“Highly Likely” is a sing-song melody and intense lyrics about drug addiction: “Were you in darkness then? / Is this the end that you sought? / Tell me the whole reason why you only wanna get high.” While it’s a short track, just over four minutes, Wolfe brings it through different sections and tempos, making it feel grand, even though the production gives it a closeness that makes you think Wolfe’s singing to you from across a small room. And “Love Breaks” features
those aforementioned trumpet synths in a low-key instrumental, speaking back and forth to some sliding guitar lines, a hint of what it might sound like had Chuck Mangione been born 60 years later.

Wolfe’s Bandcamp page features an October 2018 track that’s traditional singer-songwriter music, but the older track makes it very easy to see how far he’s come in just a few years. The songwriting and performance ability were always there, but Wolfe’s production and framing of songs has advanced. The songs work but the production makes them engrossing. The sign of a great EP is when you’re angry it’s finished so soon and Lightness will leave you ready for a full album.