Devouring You with Starcrawler 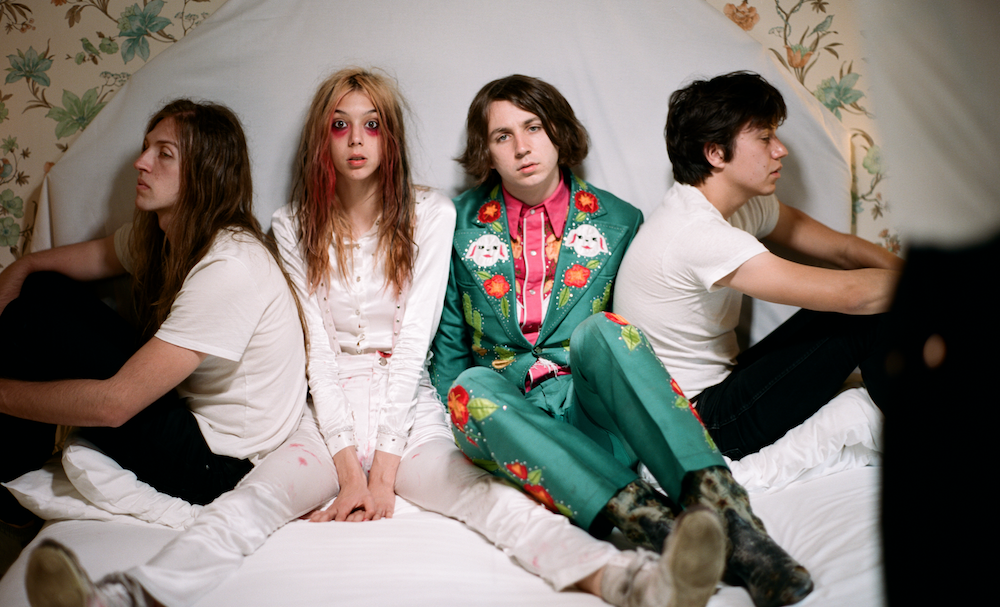 Los Angeles is one of the cities of the world with its own unique mythology. A place where dreams are made and often go to die. It’s the glamour and the grime living seemingly side by side and it’s this mythos that have inspired young LA based rockers Starcrawler. The band, barely out of their teens, crafted a lovingly raw ode to their city with last year’s glorious self titled debut and are now preparing to release its equally raucous but increasingly mature sophomore record Devour You, set to drop worldwide October 11th via Rough Trade. The glam-y rock outfit, made up of lead vocalist Arrow DeWilde, Austin Smith, Henri Cash and Tim Franco, have been steadily touring since the release of their first record and have become known for their vicious live shows. Starcrawler’s steady incline has come from working super hard and, as De Wilde, puts it trusting their gut.

“Oh sorry I’m just kind of waking up,” the young singer says groggily with a chuckle on the phone from her LA home. “It was a pretty quick turnaround from the first record but we definitely wanted to keep the momentum going and not wait too long between releases for sure.” DeWilde, the daughter of famed photographer Autumn DeWilde and musician Aaron Sperske, had been working hard since deciding to start the band while attending Grand Arts, a performing arts high school in downtown LA. “I took visual arts in school but had started a fun little band with some friends and while that didn’t work out, it made me realize that this was maybe something I wanted to do,” she explains. “I could’ve switched to music but that didn’t seem super fun to me to take in school, plus I love drawing and painting,” De Wilde says laughing.

From their inception Starcrawler have been moving at a furious pace. They released their debut 7” and followed it up with their debut just last January. With their new album hot on the heels of the last, De Wilde explains they wanted to follow it up with something a little different. “We don’t just want to keep making the same record over and over again,” she says, “We all have such a wide variety of influences that one of the things we wanted to do with this album was to see how we can channel all those into our thing.” Devour You definitely wears its influences on its sleeves but still remains very much Starcrawler. From the rocking, raw opener “Lizzie” to the more pensive “No More Pennies” the new album definitely feels more grown up and somewhat more evasive of what genre it is you can call the act.

“We’ve never tried to work within or label ourselves a certain genre,” Arrow explains, “I mean it’s funny, we’ve had some people describe us as a metal band, I don’t think we are even close to that,” she says with a laugh. Despite however you want to classify Starcrawler, the one thing that band has always done is to trust their instincts when working on their music. “Even with performing as support for other bigger bands and with our own shows we didn’t want to let that dictate what we do with the music. We kind of just do what feels right and that’s how it comes out,” she says. With a ton more touring on the horizon, Starcrawler are excited to get back to it. “We just got home a month ago from a couple month long tour. It’s been a lot of fun. We’ve really lucked out with the bands we’ve been opening for. They’re chill and have been able to teach us a lot.” While being the support for bands like Beck and Spoon has been exciting, Arrow also says it’s a different beast from their own headlining shows. “Oh, when you are headlining it’s so cool,” she says,” because you know the crowd is there specifically for you and that’s exciting.”

With the release of Devour You expect the young act to start doing more and more of their own shows instead of acting as support. The record is a raw, honest testament to growing up and all the emotion that entails. With being at such a young age, things can only get better for Starcrawler. The band has gotten by so far by trusting their gut and these instincts, so far, have proven to be correct. 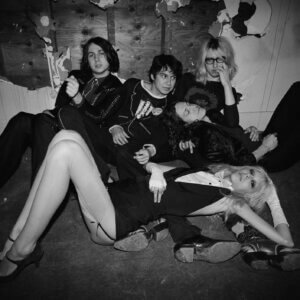