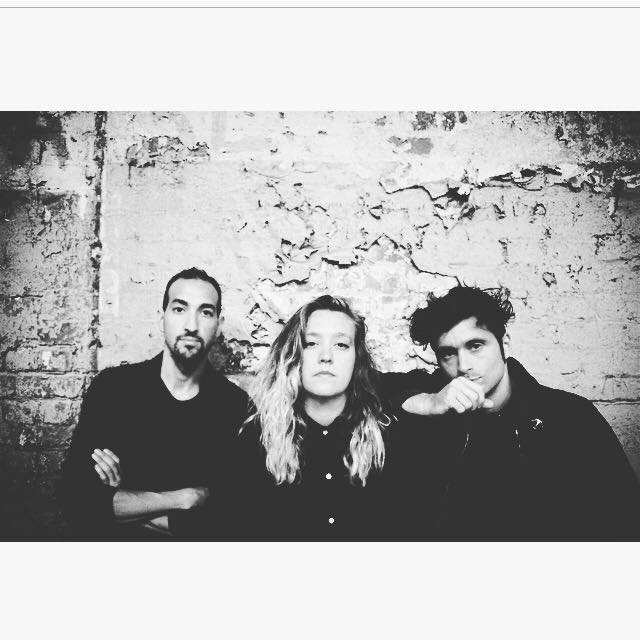 Last month, All We Are teased their return with “Burn It All Out.” It was the Liverpool-based trio’s first new music since their self-titled debut in 2015 and today, they share the news about their forthcoming second album and a video for the single “Human.”

Sunny Hills will be released on June 9th through Double Six/Domino, produced by Kwes (Solange, Kano, Loyle Carner) it finds the band with a new sense of urgency and a new sound – one that takes on psychedelia, krautrock and post-punk.

Directed by Eoin Glaister, the video is part one of a trilogy about a small village having to face a developer building a motorway through the middle of it. At first, it causes issues between the residents but they begin to learn that by joining forces they stand a better chance against the developers. The video stars Thomas Gray as the motorway developer.

All We Are are Guro Gikling from Norway (vocals, bass), Luis Santos from Brazil (guitars) and Richard O’Flynn from Ireland (drums/vocals). It hasn’t escaped them that the world seems to be spiraling into a period of darkness and through their music; they want to say it’s ok not to belong and it’s ok to feel different.

The resulting Sunny Hills is an irresistibly danceable, dark yet uplifting record about what it means to be alive right now and the power of friendship and togetherness in a world intent on driving us apart.

The artwork echoes this sentiment, the band explain “it shows an old house sandwiched between two large buildings under development. The woman who owned the house refused to sell to a number of developers including Donald Trump. She resisted for years while the developers even bought the space above the house. She finally won the case and stayed there for a further decade until her death. Before that, she watched Donald Trump’s casino fail and close its doors. There is a feeling of powerful resistance in this story that we relate to along with a real sense of defiance and eventual victory against a bigger power.”

While partly political, Sunny Hills also documents the emotional rollercoaster the three-piece have been on in the past two years. Their adopted city Liverpool affected the album as well, it’s “an immigrant city with a proud history of welcoming everyone” they state, it’s also a singularly radical and resistant city and the band see a parallel between today’s climate of alienation and fear and the era of Thatcher.

Political, poetic, danceable and affirming – for all the proud citizens of nowhere, All We Are give you Sunny Hills.