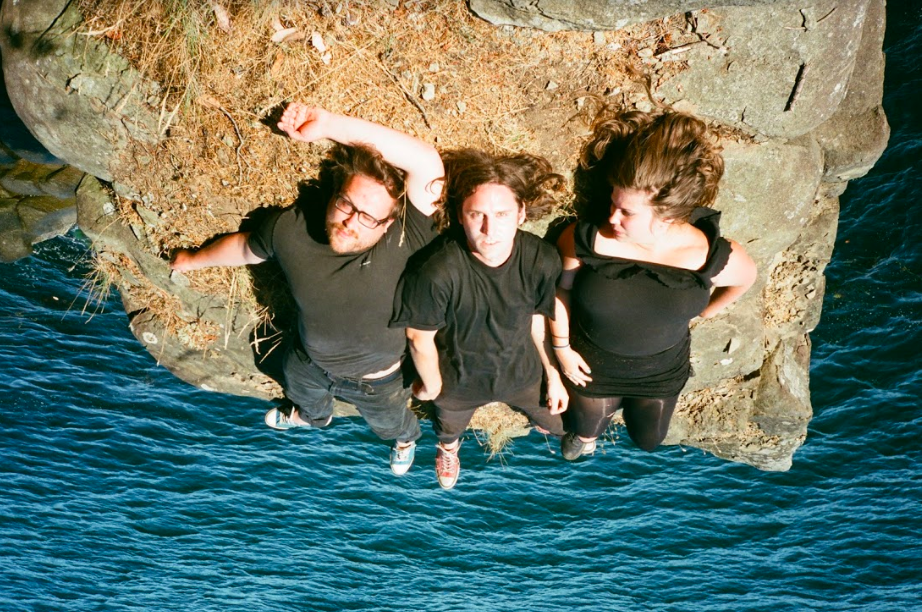 Being in a touring band is tough but getting to play your songs for fans of your music every night must be really gratifying. Sometimes, though, you have to take some time away for yourself just so you can be able to keep creating and eventually return to life on the road, giving your all every night to fans around the world. In the case of Dead Soft this journey took them to the Gulf Islands in British Columbia to a place where they could get away from an expensive city life and focus on themselves, their music and creating a crafting a lifestyle that will allow to be able to give their all on the road. The formerly Vancouver based four piece have just released their stellar new album Big Blue last month via mighty Canadian indie Arts & Crafts and when we reach lead vocalist Nathaniel Epps on the phone, the band is enjoying a quiet day off in a motel somewhere in the Garden State, New Jersey.

“We weren’t really enjoying the experience in Vancouver,” explains Epps, “We had been recording with Jordan Koop, who has worked with The Courtneys and White Poppy, at the Noise Floor studio on Gabriola Island and the people there had ended up becoming good friends of ours and they mentioned that they had some friends moving and they needed to find some replacement tenants.” The relative peacefulness of that part of the world was so appealing to the band that they jumped at the chance to escape the city. “It was a real snap decision, a leap of faith,” Epps laughs, “but it’s been almost two years and it’s been really great.” The relative expense of living in a city like Vancouver while trying to be an artist is a hard lifestyle for anyone and the pace of living away from it has been a nice change for Dead Soft’s creatives. “The pace over there is very different from the city but it’s not a super night and day type of thing,” Epps explains about the bands songwriting process, “I’m a pretty hyper creative person so I’m always writing songs, no matter where, but the move has allowed me to clear my head a bit and made us feel better for sure.”

Epps and bandmate/best friend Keeley Rochon, originally from Prince Rupert in Northern British Columbia before moving to Victoria then to Vancouver, started making music as a “fun living room rock project” that has turned into one that has taken them all over the world on the strength of their anthemic and powerful songs. Dead Soft has been touring all over for the last half decade and this cycle for Big Blue is no different. The tour they are currently on is taking them on “the good ol North American loop,” Epps chuckles, “Under the Great Lakes and Eastern Canada and the east coast of America and down into Texas, which we are excited about.” After even the first listen to Big Blue you can see why there would be a demand for the band to do this much touring. It is a treat of an album. The vocal melodies on each song are absolutely soaring and are the ultimate ear worms. Musically, the record is thoughtfully aggressive with outstanding performances from Epps, Rochon and drummer Alexx Smith.

Even though being in a touring band is tough, the members of Dead Soft wear it well. They are excited about bringing their music to the masses around the world, three albums in and that says a lot about them as artists and people and their faith in what they do. “It’s interesting because this record came out while we are on the road already,” says Epps, “We were in Edmonton, it was third show of the tour and it was like, well, here we go. It’s been a bit of a whirlwind,” he laughs. Their positivity and devotion to their craft shines through on each and every track on Big Blue and it’s this that will definitely endear Dead Soft to each and every person they play for while on the road and that, while tough, should be super gratifying.