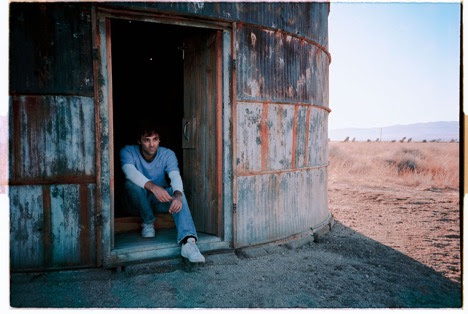 Day Wave has returned with his new single/video “Before We Knew.” The track follows the release of his album Crush, now available via PIAS Recordings. Speaking on the track, Jackson comments: “I wrote “Before We Knew” last fall after taking a long break from writing songs. When I sat down to create again, I knew I wanted to let go of my old process, I wanted to make music feel fresh for myself again.”

A lyric like “I feel like tapping out, but I can’t let you beat me” naturally rings out as both timely and empowering, yet there is an existential and enduring pain ringing out in Jackson Phillips’ voice on “Before We Knew.” Phillips has been releasing hooky, smooth guitar pop as Day Wave since 2015, but his latest communicates a sense of renewed urgency—and for good reason.

The music video, directed by Jason Lester (Rostam, Cautious Clay), is a stunning one shot in the desert that captures a thematic sense of isolation, only adding to this renewed sense of creative process. “With this video we liked the idea of filming it in one single shot, mirroring the stream of consciousness lyrical style of the song,” Jackson says. “Shooting on 16mm film heightened the feeling of spontaneity, only having a couple of takes to get it right.”

“When Jackson reached out with this song, I was immediately engaged by the idea of making a simple and emotionally direct video for it,” Lester says. “Shooting on 16mm film in one long take amidst the decaying buildings of an abandoned farm in Lancaster evoked a sense of nostalgia for a lost time and a fluid interplay between past and present.”

Day Wave began his career with a series of self-released singles and EPs. Phillips put together a touring band and hit the road, earning dates supporting the likes of Albert Hammond, Jr. and Blonde Redhead in addition to landing festival slots from Lollapalooza to Governor’s Ball. In 2020, he released his first EP with [PIAS] Recordings, Crush. New music is forthcoming.

Order “Before We Knew” by Day Wave HERE