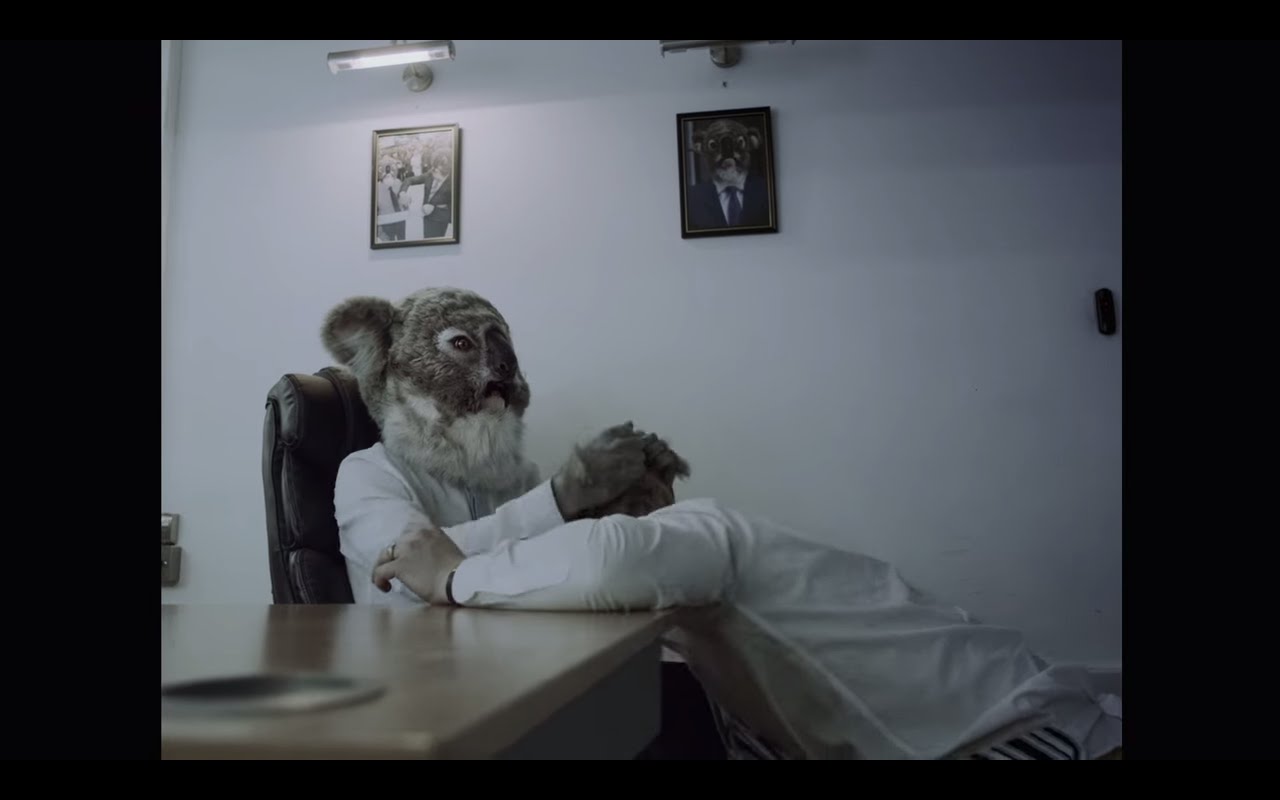 Following the recent announcement of their new album Foam Island, Darkstar unveil the all-new video for lead track “Pin Secure”. The video finds the band manning the checkouts of a late-night supermarket, in neon-lit mundanity – along with a cast of fellow workers, some unusual customers and one very demanding boss.

Director Matthew Halsall says; “The general election result was really devastating for me and in many ways it showed the power of the traditional right wing press. The ‘hard working’ people of Britain are tricked on a daily basis to hate asylum seekers, immigrants and ‘benefit cheats’ not tax dodging corporations or corrupt politicians. I wanted to somehow reflect the bleak, devastating reality of this in a video that could not be anything other than shocking, vile and attention grabbing.”

Foam Island, the third studio LP from the duo, is a nuanced contemporary electronic pop album, dealing with powerful themes of ambition and hope against the odds in the 21st century. Pin Secure is a mutated, Darkstar filtered version of R&B, with Aiden Whalley’s heavily treated vocals integrating perfectly with an atmospheric yet direct beat. It also hints at the universal themes stitched throughout the album; political isolation, social disillusionment and personal ambition.

The band’s James Young says; ”The lyrics are based on making a rash or ill-informed decision and living with the consequences. It’s an attack on self-preservation and being single minded in the pursuit of happiness. How somehow a culture of acquiring and then protecting wealth has taken its toll on the greater good and ideals we seem to constantly ignore. The frustration of how we can be so naive in believing this route is progression.’’