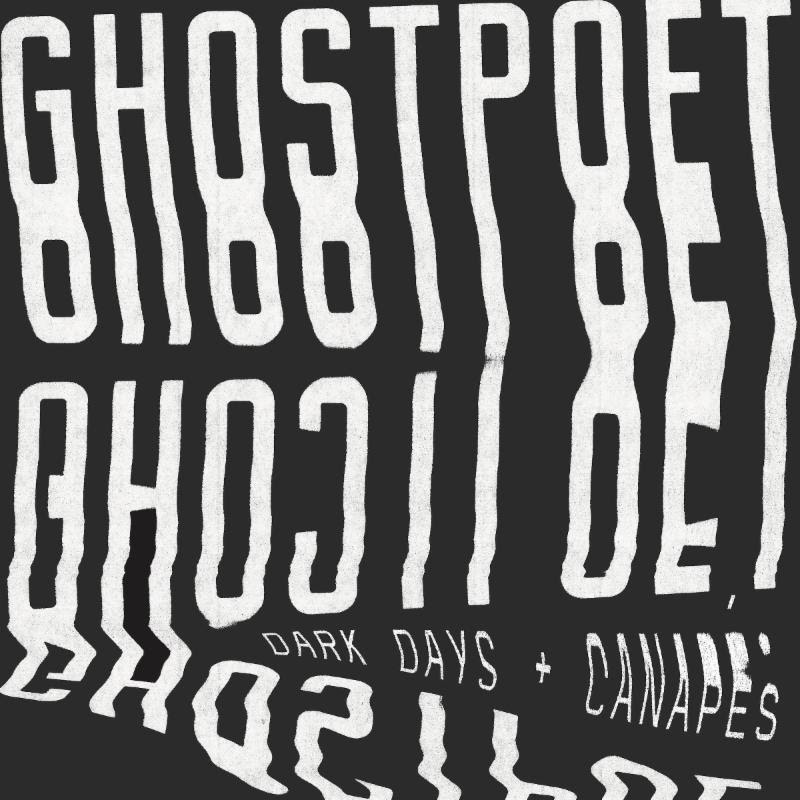 While poetry can be made to serve many purposes, the role of the poet is primarily that of observation. Obaro Ejimiwe, better known by his stage name Ghostpoet, lives up to his name–his blend of dryly-delivered lyrics over blues/funk-inspired electronica gives him a very detached, cold quality, while what he says carries a power to strike the listener directly. In his fourth studio album, Dark Days + Canapes, the London-based musician moves away from his more hip hop-inspired roots and takes a smooth, unaffected look at an emotional world swirling around him.

Sonically, Dark Days could still be identified as (alternative) hip hop, in that the majority of the album is rhythmically driven by electronic drums and bass. In fact, the album is rarely melodic, plodding along with just droplets of string sections and piano chords or bursts of rainy synths to swing the momentum. The 12-song tracklist is balanced nicely by some more exciting, industrial tracks like “Many Moods At Midnight”, “Freakshow”, and “Immigrant Boogie”, though they’re perhaps still too cool-headed to be considered bangers. This unshakeable cool is the album’s biggest strength and weakness–a definite ‘noir’ feeling is achieved and maintained, with traces of cyberpunk thrown into the beats. But a ceiling is established early on, and the album never emotionally pushes through it. If you’re immediately grabbed, it will hold you, but if you’re not, the rest of the album will do little to draw you back in.

One of the things I found most interesting, lyrically, are the animalistic qualities Ghostpoet claims others pin on him. In “Many Moods At Midnight”, he talks about “howling at the moon” and so on, though the near deadpan way he says this makes it seem wrought with irony. He mentions being “sent from overseas”, a lyric echoed later in “Immigrant Boogie”, a first-person account of a refugee holed up in a sinking ship on its way across some unnamed border. Then, in “(We’re) Dominoes”, he talks about a collective loss of “it all”. The line between political metaphors and personal emotions is kept blurred, making Ghostpoet’s lyrics that much more relatable–yet also that much more passive. “Got my head above water”, he says in “Live>Leave”, “…I can’t let it bother me.” But with such a rocksteady persona, it can be difficult for the listener to become invested.

Ghostpoet is, as always, open and honest, though statuesque. He lets his music rush around him and through him, and he lets the listener explore his mind, but you have to dig deep to uncover the feelings of the man himself. Dark Days + Canapes is a cool, unaffected album that deserves some close listening, though the rewards uncovered don’t go far beyond glum observations.