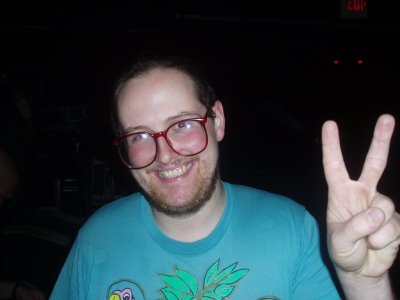 Dan Deacon is to tour North America and Europe yet again in support of his most recent album America, out now on Domino.

Shot over a three month tour this past autumn, the time-lapse based ‘Guilford Avenue Bridge’ video captures not only the American landscapes that inspired Deacon’s songwriting for America but also gives a glimpse into his shows renowned spectacle of hundreds, even thousands, of jubilant people dancing about in coordinated movement. With the addition of his groundbreaking smartphone app which the band recently used on their network television debut performance on Jimmy Kimmel Live, Deacon has taken the concert experience to a whole new level.

Deacon will be joined on his February headlining European dates with his streamlined ensemble of two drummers — Jeremy Hyman of Boredoms, Ponytail; Kevin O’Meara of Videohippos — with Americaproducer Chester Endersby Gwazda on electronics. His ensemble of two drummers will join him on their support dates with fellow labelmates Animal Collective on their March North American tour.