Alex G shares his new single “Cross The Sea,” off his forthcoming ninth studio album God Save The Animals. “Cross The Sea” comes via a video by the artist Elliot Bech.

Filtering his experiences through fact and fiction, Giannascoli also opened up the songs through a more practical method: collaboration. God Save The Animals features several individual contributions from his bandmates (guitarist Samuel Acchione, drummer Tom Kelly, and bassist John Heywood) or frequent collaborator Molly Germer on strings and/or vocals. As with records since his adolescence, Giannascoli wrote and demoed the songs of God Save The Animals by himself, at home; but, for the sake of both new tones and “a routine that was outside of my apartment” during the pandemic, he began visiting multiple studios in greater Philadelphia. God Save The Animals consequently features the work of some half-dozen engineers who were asked to help produce the “best” recording quality, whatever that meant. The result is an album more dynamic than ever in its sonic palette and its thoroughgoing complexity.

Alex G will embark on a North American headlining tour this fall that includes Los Angeles’ The Wiltern and multiple nights at NYC’s Brooklyn Steel, Chicago’s Thalia Hall, Boston’s Paradise Rock Club and D.C.’s 9:30 Club and caps off with hometown shows at Philadelphia’s Union Transfer. God Save The Animals will be available on vinyl, CD, cassette, and digitally on September 23, 2022.

Pre-order God Save The Animals HERE 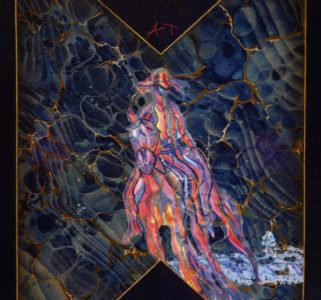