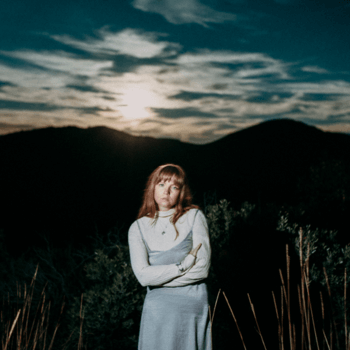 Courtney Marie Andrews is debuting a new performance video for her song, “Ships In The Night,” today. Filmed live at The Parthenon in Nashville. The track is off the singer/songwriters new release, Old Flowers, which has been nominated for Best Americana Album at the 63rd GRAMMY Awards. Produced by Andrew Sarlo (Bon Iver, Big Thief), Old Flowers was released this past summer on Fat Possum Records and features Andrews’ most vulnerable writing to date, chronicling her journey through heartbreak, loneliness and finding herself again after it all.

Of their intention, Sarlo adds, “Before we got to the studio, we agreed to prioritize making this record as cathartic and minimal as possible—focusing on Courtney’s voice and her intention behind the songs. Because of this, the record is all about performance. I believe a great recording is the chemistry between everything during basics and the ability to feel something happening instead of obsessing over the perfect take. Courtney embraced this approach and we ended up with a raw, natural and human record.”