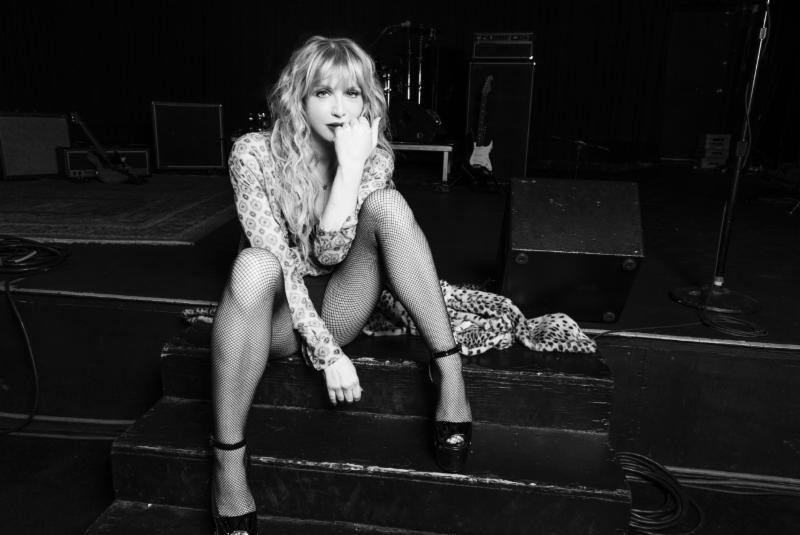 Courtney Love has announced a surprise 7″ release via Ghost Ramp / Crush Music. Love is sharing “Miss Narcissist” today. The release also contains the B-side “Killer Radio” which is exclusive to the 7″ that will soon be released physically. That’s Love’s own hand-drawn cover art below. You can catch her on tour with Lana Del Rey right now.

In addition to her many music-related activities, Courtney is also continuing to pursue her love of acting. Love made her cinematic debut with a small role in Alex Cox’s 1986 classic, Sid and Nancy, followed by appearances in a number of independent films, including 1996’s Basquiat and Feeling Minnesota. Her first big role as the tragic Althea Flynt in the 1996 film, The People Vs. Larry Flynt, earned her a Golden Globe nomination.

Courtney recently joined the cast of James Franco’s film, The Long Home, based on William Gays’ debut novel of the same title. She can also be seen in the final season of the critically acclaimed Sons of Anarchy series as well as guest roles on the hit shows, Empire and ABC’s Revenge. She was recently seen on stage during New York City’s Prototype Festival where she starred in the sold-out hit Kansas City Choir Boy, an original opera composed by Todd Almond.

Courtney can currently be seen opening up for Lana Del Rey on the “Endless Summer Tour”. She is releasing her brand new single “Miss Narcissist” digitally worldwide on May 18th via GhostRamp. A physical 7″ release will follow shortly after.