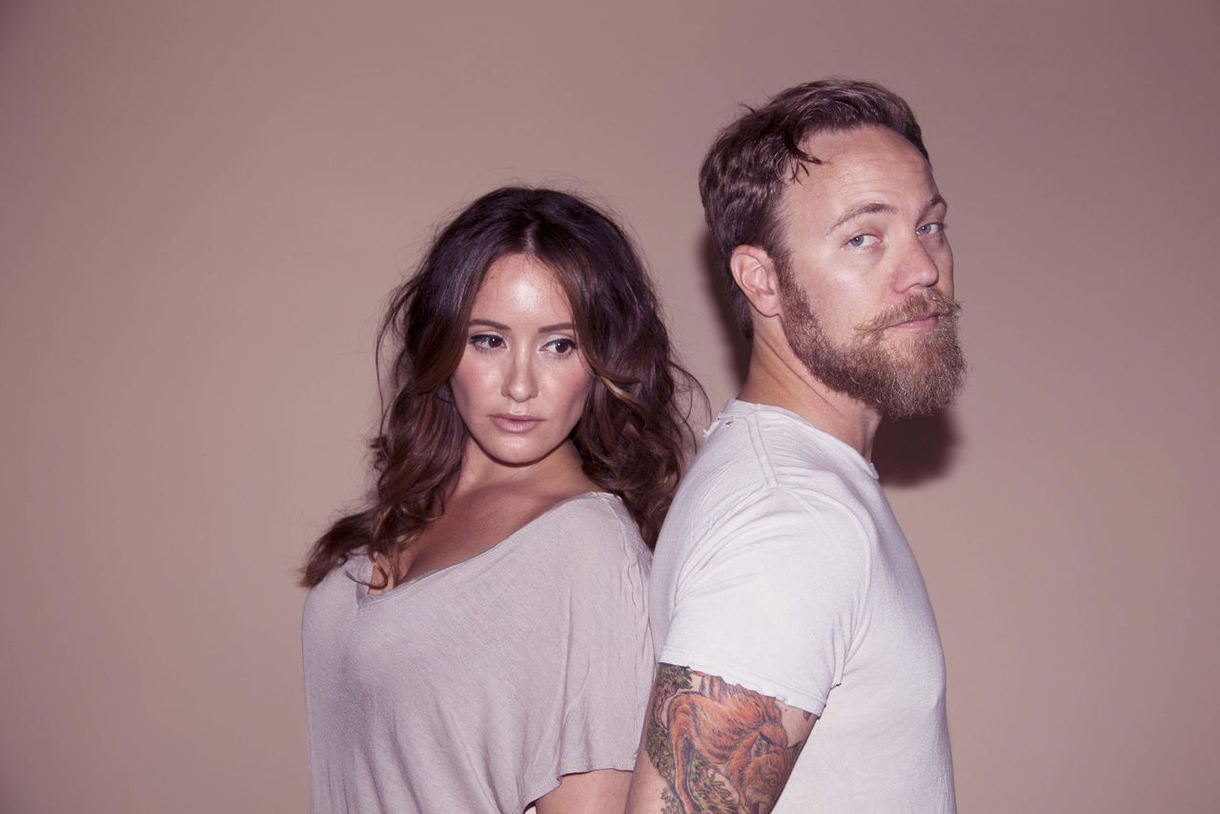 Los Angeles/Nashville singer-songwriter Courtney Jaye and Zach Rogue, frontman of Bay Area indie-rock band Rogue Wave, announced today Rogue + Jaye, the brand new musical group between the two artists. Stemming from a songwriting session between Rogue and Jaye that took place in December 2013, the two forged a friendship of collaboration and mutual respect over those sessions, all of which comes through on Pent Up, their debut album that will see a 2017 release.

“Forces Of Decay” is the first song from the forthcoming album to be released. “’Forces Of Decay’ is about intimacy with another person protecting you from the chaos outside the door,” says Jaye. “The world, now more than ever, seems to be a dark and confusing place. But you can build an insular world that no one can touch when you have love in your life.”

The upcoming release of Pent Up symbolizes a fresh, creative start for Jaye, who has called Nashville, Atlanta, Austin, Los Angeles and beyond home. “My decision to move back to Los Angeles after living in Nashville for nine years was because I needed a change,” she continues. “I think both places will always feel like a home to me and will forever occupy equal space in my heart and equal influence over my music and sound. I’ve never been a traditional Pop, Americana, or Country artist, and living out west right now represents for me the freedom to be untethered to one particular musical sound, scene, or genre. And I feel this project is an extension of that.”

More details on Pent Up will be released in the new year.