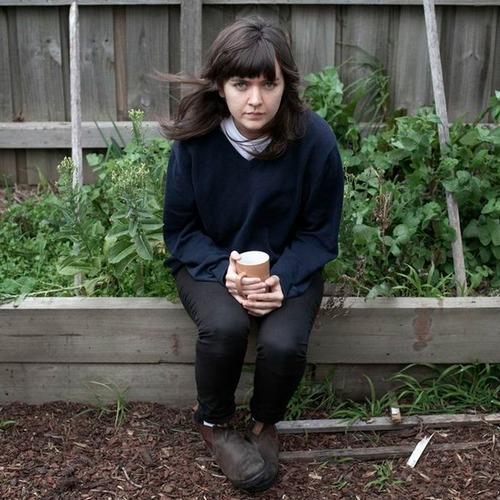 This is Courtney’ Barnett’s first time back in the US since last month’s CMJ festival, where she played to packed out rooms and received rave reviews. Her debut album The Double EP: A Sea Of Split Peas is out now on House Anxiety / Marathon Artists.

Welcome to the world of Courtney Barnett, a hot, hazy place where ‘suburban banalities’ and ‘mindless procrastination’ have never sounded so compelling. The 24-year-old Melbourne-based singer, guitarist and songwriter has created a candid lyrical space for her growing legions of devotees through a series of DIY releases and shows back home to snowballing acclaim, and is now taking things worldwide with her first LP collection, The Double EP: A Sea of Split Peas, via House Anxiety/Marathon Artists.

Lead single “Avant Gardener” is a vivid display of her magic. A hook-laden fug of country roots and discordant psychedelia with a dream-like narrative. Courtney’s refreshingly unaffected sing-speak tells the story of an anaphylaxis induced panic-attack in the midst of an Australian heatwave, “The paramedic thinks I’m clever cos I play guitar, I think she’s clever cos she stops people dying.”

The LP collection is a record of two halves, and collates Her Story So Far… It fittingly begins with six brand new songs and is then backed with six older tracks which were originally released in the form of her 2012 debut EP. Together, The Double EP: A Sea of Split Peas spans genres and stories, and is unique introduction to an incomparable and exciting new talent.

As well as “Avant Gardener,” selected highlights include the gorgeous and woozy piano-strewn opener ‘Out of the Woodwork’ which shows the darker side of her writing. “Anonymous Club” sees Courtney at her romantic, melancholic best, while the infectious Dylan-esque cavalcade that is “History Eraser” was recently nominated alongside Tame Impala for the APRA Song Of The Year back in Australia.

“The one thing that captivates me in a song is the honesty of a songwriter,” considers Courtney “And that doesn’t mean it has to be deep, dark personal secrets, it just means it has to be honest. It could be about walking to the shop, but if it’s said with that person’s perspective then it can make it interesting.” It’s with this purist story-telling mantra that Courtney’s finding her listeners growing at a staggering rate.