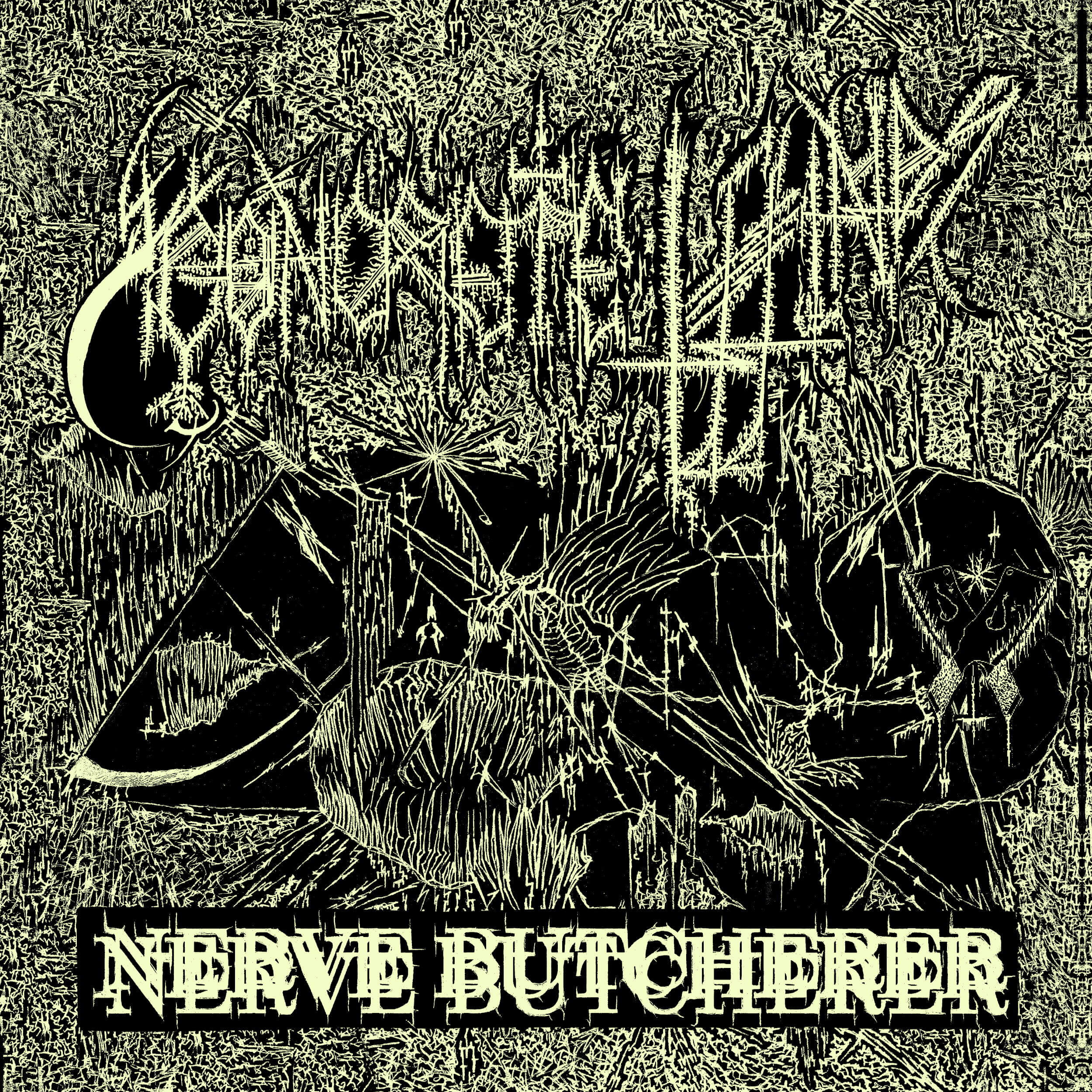 Finland’s Concrete Winds return with their second effort, Nerve Butcherer. A violent, unrelenting cacophony of sound. Their brand of death metal has a ferocity similar to Angelcorpse or Morbid Angel.

Formed from the ashes of Vorum, drummer Mikko Josefsson and guitarist, bassist, vocalist Jonatan Johansson started Concrete Winds in 2019 and quickly released their debut album, Primitive Force. Vorum’s final effort was the excellent Current Mouth, and fans of the band were quick to pick up on Concrete Winds. Not surprising, as the sound picks right up from where Vorum left off. The main difference is Josefsson and Johansson turned up the intensity of their compositions to an even higher extremity. Wisely they chose to make their debut a short 25 minutes run time, and they do much the same with Nerve Butcherer at 27 minutes. The short runtime works to the advantage of the material as this album doesn’t let up. Recorded and mixed by Stefan Brändströmat at the Dustward Studio in Stockholm, the album has a raw, unpolished production. The guitars are frantic but sharp, and Johansson has a riffing style that sounds fresh compared to their peers. Josefsson’s drums sound very organic, despite the speed in the performance, which is refreshing to hear. The bass is a little farther back in the mix this time, but it works. It’s cold, dry, and crushing, and you almost have the feeling that you’re in a small room with these two sonically annihilating you. The pair rarely slows the pace across the ten tracks so when they break into the odd mid-paced section, it’s very effective. Dissolvent Baptism is the one track that keeps the tempos mostly slower. At almost five minutes, it’s also the longest track on the album. The dynamics are more pronounced, so when they hit, they stand out. The short blasting parts are like a punch in the gut and seem to come out of nowhere.

Overall, this is a fierce album that fans of the more extreme side of death metal will want to check out. I don’t know that they’ve bested their debut, but they’ve certainly matched it.