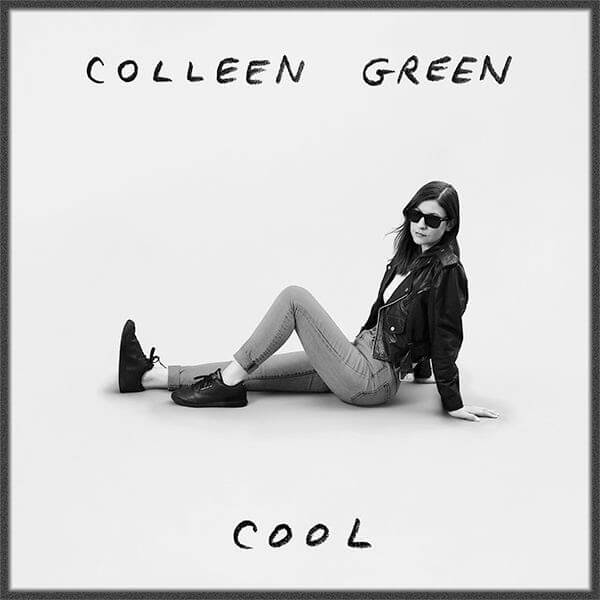 While her former record showcased an artist that may have been too young to recognize the insecurities that were riddled within her songs, her new album showcases an artist that feels very secure within herself. There is very little burn out here. Just someone that understands that the world is a misunderstood place but one where if you are true to yourself, the real definition of “Cool” is easy to come by.

Right off the top with “Someone Else”, Green establishes her own security. The song is a paean to her own power, letting a lover know that even though they may have someone else, this is a two way street. The production by famed The Strokes producer Gordon Raphael, showcases Green’s jangly guitar lines and solidifies them to her lyrical content. When she sings, “We are the lucky ones, we’re having so much fun/Who do you want with you when all is said and done?/It’s all the same to you, there’s always someone new”, it shows someone who is not afraid to speak her mind, over a tight groove and the best kind of languid, lucid guitar lines. The entire record is full of the best kind of loose, groovy indie rock that you don’t hear much of these days. “Highway” employs an almost Cure-esque vibe with its complete super hooky dueling guitar lines and Green’s speak sing vocals. It’s hypnotic in the best way. Not quite post punk, not quite indie rock, just something that is completely Green’s own thing. “It’s Nice To Be Nice” has a more classic rock feel with its big, jangly riffs and Green’s soaring vocal melodies. When she sings in the pre chorus, “All I ever wanted was to be kind/These days, I feel like I’m losing my mind”, it is positively goosebumps inducing.

Cool is an amazing step forward from an already great artist. It’s a perfect pop record that harkens back to the kind of songwriting that would embed itself into the head of anyone that listens. An empowering statement that shows that we are all going to grow up but can still remain cool. In the world that we live in, a simple statement such as this can be something that is pretty special to hold onto.