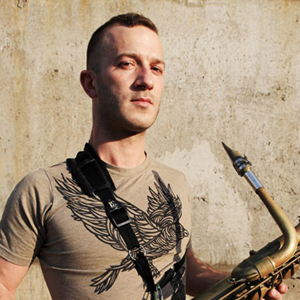 Colin Stetson has premiere the next video from Stetson’s new album New History Warfare Vol. 3: To See More Light, out now on Constellation Records. Directed by videographers Isaac Gale (Bon Iver, Toro y Moi and Poliça) and David Jensen, “Who The Waves Are Roaring For” is a haunting portrait that accompanies the song, featuring vocals from Justin Vernon.

Stetson explains his own contribution to the video’s narrative, saying, “I saw this eagle when I was in Australia, and I got in my mind that it was the character of the angel of death in the narrative of the record.”  Expanding on this, he continues, “I wanted to cloak it not in the specter of death — the grim reaper, this thing that is feared and that is doomed — but in more of the contemplative version. I wanted to encapsulate it into this beautiful and majestic creature, rather than something dismal and fearful.”

New History Warfare Vol. 3: To See More Light is the final installment in a trilogy of solo albums and is Stetson’s most ambitious song cycle to date, again recorded live in single takes with a wide array of microphone positions and again mixed by groundbreaking producer Ben Frost. Colin’s membership in Bon Iver over the past two years has also led to vocal contributions from Justin Vernon for this record, who appears on four songs, with a diverse approach on each, and whose voice constitutes the only overdubbing on the album.

The record’s 15-minute centerpiece, title track “To See More Light,” is the longest piece Stetson has yet recorded and possibly the heaviest: a tour de force of swirling arpeggiation, continuous breathing, pumping valves and vocalizations through the reed of the horn that gives way to a tremendous, screaming, sea-sawing dirge through the song’s final movement. This latter stretch conjures a sort of saxophonic sludge metal, and the album’s heaviosity references other sub-genres of metal as well, most notably in the hardcore blast of “Brute” (abetted by Vernon’s cookie monster barking) and the ambient grindcore throb of “Hunted”. In other instances, the album is soulful and even hymnal, especially where Vernon’s vocals play a lead role: opener “And In Truth” (featuring Vernon’s most instantly recognisable contribution, of massed, multi-tracked harmonies), and the cover of Washington Phillips’ gospel tune “What Are They Doing In Heaven Today”, and “Who The Waves Are Roaring For” where Vernon delivers one of the more tender and honest vocal performances we’ve heard from him in any context.