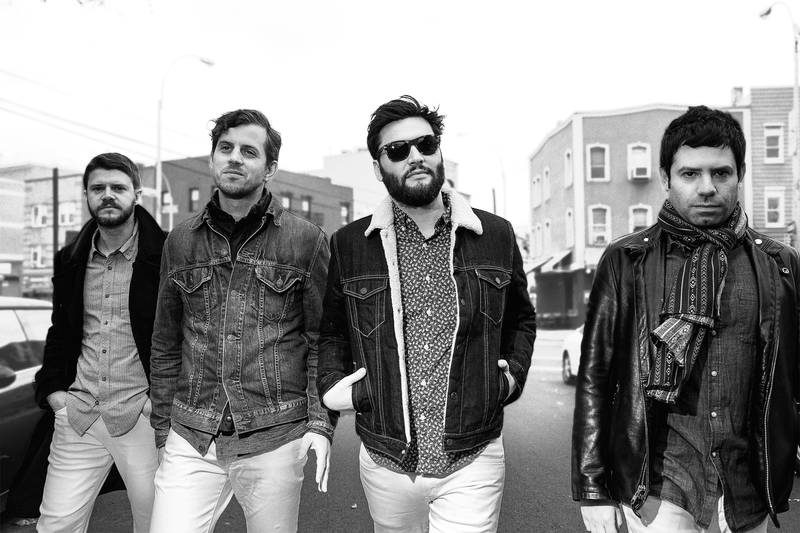 On their upcoming sophomore release, Devil On The Balcony, due for release February 26th via eOne Music, Coastgaard has created an album reminiscent of 50’s and 60’s rock and roll.

Coastgaard consists of Matt Miller (guitar, lead vocals), Sean Glassman (guitar, vocals, keys), Paolo Codega (bass, vocals) and Brian D’Alessandro(drums, vocals, keys). While Miller and Glassman share a common background editing film and video, both members of Coastgaard’s rhythm section come from careers in scientific fields (D’Alessandro is a statistician and Codega is a neuroscientist who originally came to the US from his native Italy for the purpose of stem cell research). The dichotomy of the two contrasting career paths from which the members of Coastgaard came is evident in the attention to balance in their music.

As was the case on their previous album, the theme of escapism is central to this record. Still, as the band has matured musically so have they lyrically. Devil On The Balcony doesn’t so much come from the narrative of vacationing on a white sandy beach, as it lives in the moments of imprisonment that occur when you can’t find time to have the escape you’re in desperate need of. As Miller puts it, this record is “rooted in a cold and high energy place”, and therein lies one of the major differences between Devil On The Balcony and it’s predecessor.