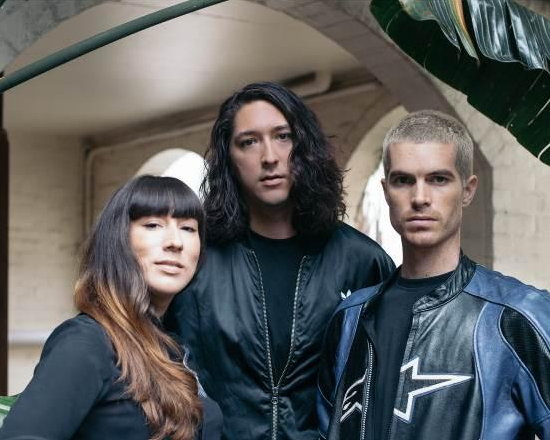 After the departure of founding member and bass player Jeremy Kelshaw in 2013, Ulrich Lenffer, Alister Wright and Heidi Lenffer have returned with their driving new single “Rainbow City.” “It’s a song about losing things.” Says Alister of the song “I think everyone knows what it feels like when you lose something”. “We were all in a house on the south coast, Heidi was on drums, Ulrich manning the desk and we just started jamming. Later on we finished it in Sydney with our dear friend MT” [Michael Tomlinson, former member of Yves Klein Blue].

Born from a demo jammed at the Bundanon writer’s retreat in the countryside near Nowra, ‘Rainbow City’ was produced by lead singer Alister Wright and includes a drum track by Heidi, and a piano outro played on Arthur Boyd’s grand piano.

As a self-taught producer, Alister embraces chaos and obsesses over detail and while ‘Rainbow City’s’ immediate appeal is undeniably tied to the Cloud Control we know and love, the track brims with confidence and exhibits the freedom and strength found in the band’s new collaborative equilibrium.

The band has become renowned for their vibrant live shows, having headlined festivals and stages around the world, they will be launching the release of ‘Rainbow City’ with two intimate shows this June.