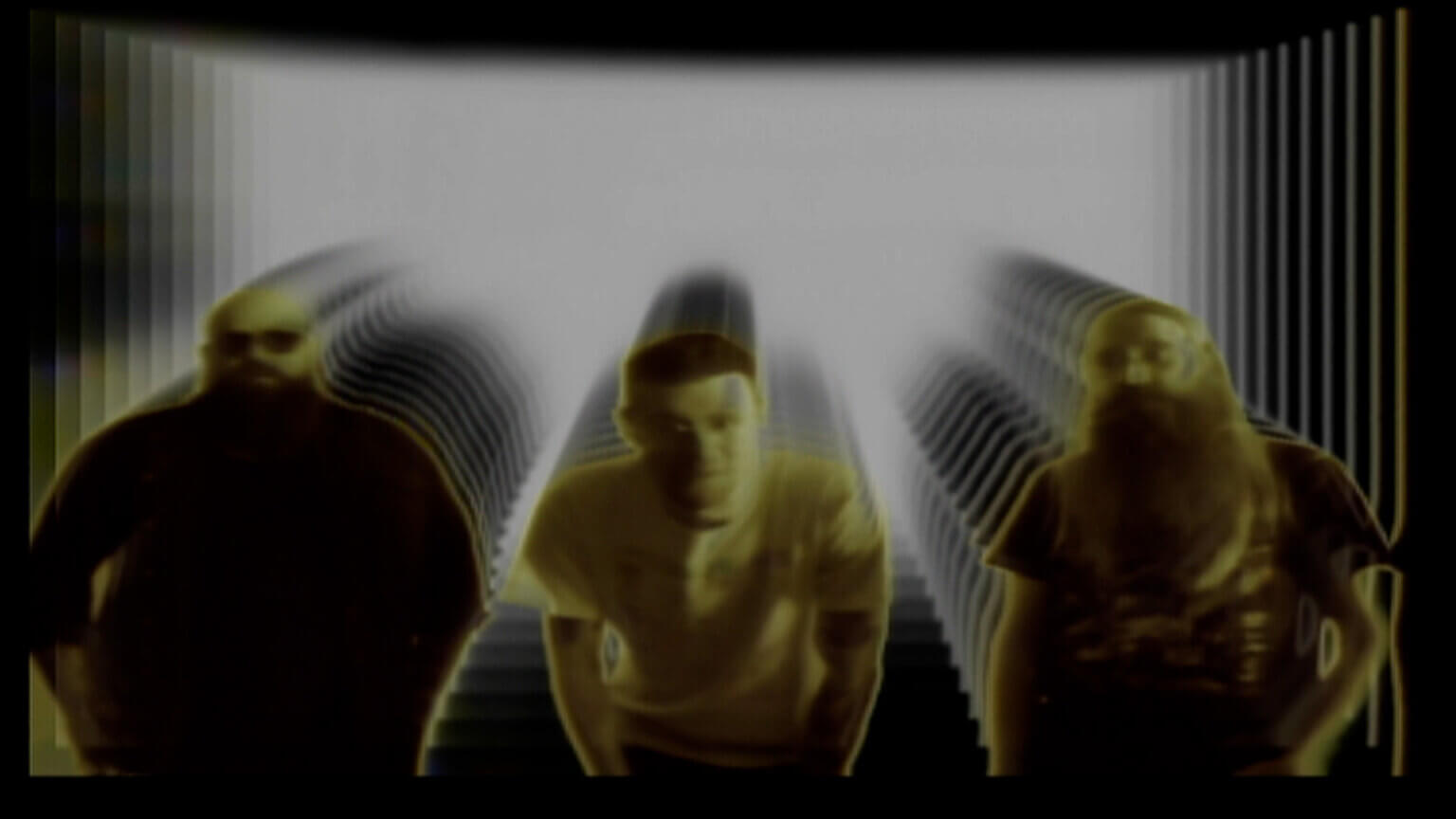 Cloakroom have shared a new visualizer for their single "Lost Meaning."
Share on TwitterShare on PinterestShare on PocketShare on RedditShare on FacebookShare on Email

Cloakroom’s forthcoming release Dissolution Wave was created by guitarist/vocalist Doyle Martin as a way of processing the last few years. “We lost a couple of close friends over the course of writing this record,” he says. “Dreaming up another world felt easier to digest than the real nitty-gritty we’re immersed in every day.” “Everything starts somewhere, though many physicists disagree. But people have always been dimly aware of the problem with the start of things. They wonder how the snowplow driver gets to work, or how the makers of dictionaries look up the spelling of words.” — Terry Pratchett

Within Cloakroom’s space western, an act of theoretical physics—the dissolution wave—wipes out all of humanity’s existing art and abstract thought. In order to keep the world spinning on its axis, songsmiths must fill the ether with their compositions. Meanwhile, the Spire and Ward of Song act as a filter for human imagination: Only the best material can pass through the filter and keep the world turning.

Dissolution Wave’s grandiose opener, “Lost Meaning,” is “the beginning of our traveler’s expedition” Doyle explains. “It’s the first step out of your comfort zone into unfamiliar territory. When you cross that threshold what do you take with you to maintain some sense of the Self? If anything, leaving for a ‘land of silver gilt’ is referring to a gilded age, an egocentric near-future our protagonist is tasked to meander around which of course mirrors our own. Our humble songsmith is singing to the Spire and the Ward of Song, the great filter, the barometer of creative thought in this universe. With any luck, they’ll be acknowledged and their voice won’t get lost in the discordance of meaningless creativity for the wrong reasons.”

With lyrics based on an imagined cosmology, Dissolution Wave also marks a grand expansion of Cloakroom’s dynamic space-rock palette and lands for Cloakroom’s tenth anniversary as a band. It’s their third studio album, and first with drummer Tim Remis who joined Doyle and bassist Bobby Markos in 2019. Recorded at Earth Analog in Tolono, IL, the album features loops and piano on “Doubts” by Matt Talbott (HUM), exterior percussion on “Lost Meaning” by Jason Gagovski (Sweet Cobra) and was engineered and mixed by Cloakroom’s longtime soundman (and childhood friend), Zac Montez.