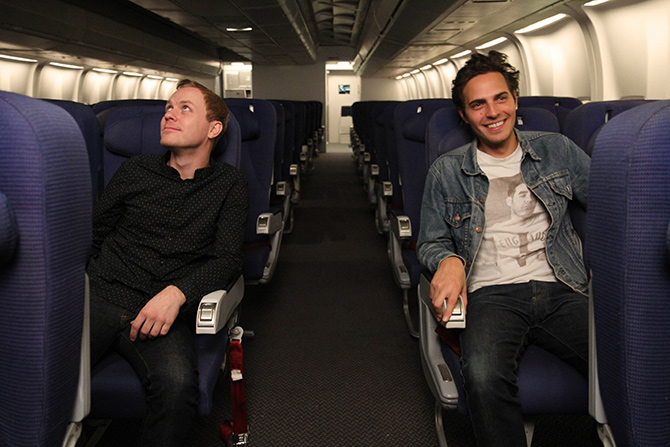 LA electronic duo Classixx will release their second studio album, Faraway Reach, on June 3rd via Innovative Leisure. Today they share their new single from their album, “Just Let Go” featuring the powerful and emotive voice of Tom Krell aka How To Dress Well, alongside the previously previewed tracks “Grecian Summer” and “Whatever I Want” featuring T-Pain.

Best friends Tyler Blake & Michael David aka Classixx, after releasing remixes and their debut album Hanging Gardens in 2013, drew inspiration over the past two years from both breezy beach days in California and a colorful visual palette, while extending their influences to nostalgic summer nights and locations around the world, recording in Sydney, New York, Cape Town and Johannesburg as well as their home studio in Venice, CA. While Hanging Gardens mostly included contributions from close friends, Faraway Reach, living up to it’s name sake, extends itself to their wish list of collaborators new and old, with Classixx as the sonic thread uniting them all together. Michael explains that the title Faraway Reach refers to “resolving an underdog feeling that is pretty personal, and finding contentment in our process, one step at a time, toward something greater than the two of us.” The album alines with their notorious euphoria-inducing moments while introducing some new broader influences- pop, Balearic R&B, contemporary music from South Africa (where Michael was born), UK Garage, hip-hop, disco and the always present post-punk and jazz foundations.

The new single “Just Let Go” showcases a wistful melody carried by How To Dress Well’s mesmerizing falsetto, exemplifying the range of vocals featured on the album and Classixx’s ability to challenge artists to dive deeper into their own sound and that of their world. On the song, Tom Krell (HTDW) says “To me this song is about the meaning of spring. Spring as a symbol for new birth and overcoming. A symbol for truly becoming happy, say, or for just being free. “No more winter in your soul!”

Classixx began teasing the LP at the end of 2015 with the track “Whatever I Want” featuring autotune impresario T-Pain, exuding tropical space-R&B that is decidedly Classixx while staying in tune with the repertoire of the master himself. Last month they shared the colorful video for “Grecian Summer”-a bubbling beat equally ideal for pool parties and festival season dance tents – links to both below. Faraway Reach also features guest appearances from Alex Frankel of Holy Ghost!, Passion Pit, Electric Blue, De Lux, Isles, Nonku (daughter of legendary South African musician Ray Phiri), Harriet Brown and stunning album closer “A Mountain With No Ending” featuring Panama. With live dates, videos and more in the not so distant horizon.