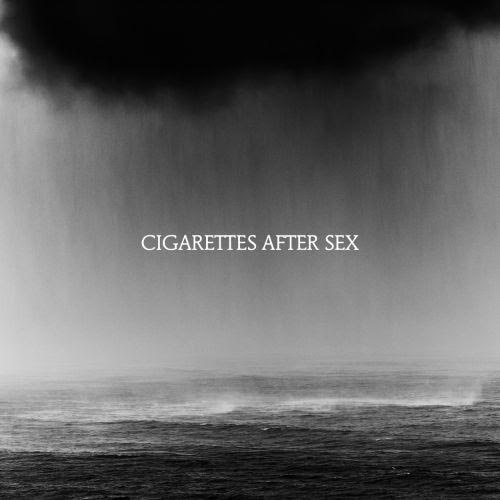 Texas ambient pop trio Cigarettes After Sex wear their emotions on their sleeves on their latest album Cry. It’s a straightforward and emotional album full of romance, sensuality, sexuality, wanting, and pining.

Romance surrounded the making of Cry. The same week the band released their self-titled debut LP in 2017, they set off for the Spanish Island of Mallorca. And as if the scenery there wasn’t breathtaking enough, they recorded the album in a mansion.

If Cry sounds nocturnal, it’s partly because they recorded it at night. Their music has always been cinematic, and this time around, not only was the band obviously influenced by their physical surroundings, they were also inspired by the works of French filmmaker Éric Rohmer. Singer/guitarist Greg Gonzalez, drummer Jacob Tomsky, and bassist Randy Miller improvised most of the music on Cry. But although the music came together quickly, Gonzalez didn’t come up with the lyrics for another two years. Spurred by a new relationship, though – and heavy rotation of music by artists including Serena and Shania Twain – Gonzalez found his key muse.

Despite the disconnect between when the band wrote the music and the lyrics, the music, which Gonzalez says is “completely tied to the location,” and the lyrics complement each other well; there is no sonic or sentimental dissonance on Cry.

Nostalgic yearning colours album opener “Don’t Let Me Go”: “When I was young, I thought the world of you…. Come to me now. Don’t let me go. Stay by my side,” Gonzalez sings. On “Falling in Love,” which is nothing short of a pure expression of love, he reflects on their courtship: “Back when you were far away, we would go on dates to watch the same movies, and you were imagining sitting next to me, holding our hand for the whole thing.” He also envisions their future together, or at least his hopes for them: “When I hold you close to me, I could always see a house by the ocean. Last night, I could hear the waves as I heard you say all that I want is to be yours.”

“Don’t Let Me Go” is beautiful and moving, as is the rest of Cry. But the song exemplifies the album’s biggest problem: musically, the songs don’t go anywhere. Even the emotions are circling, as earnest and positive as they are. The music relies on repetition, making the whole album a sleepy listen; the songs don’t excite or tantalize the way anything Gonzalez sings about – romance, beauty, sex – does. If anything, despite the sentiments, musically, Cry seems to wallow in the melancholy of distance. Regardless of what Gonzalez sings about, it’s difficult to not feel the pains of being pure at heart. By the sixth track, “Hentai,” the pacing and structure become tiresome, especially as he pines, “I’ve been waiting for you to fall for me and let me in your life.”

But Cry has redeeming anomalies among its nine airy tracks, even if those anomalies are merely a moment on a song. On “Kiss It Off Me,” Gonzalez promises to make the one he desires “forget about all of those rich fuckboys.” It’s a line unexpected enough to make listeners crack a bittersweet smile. And “Touch” and “Heavenly” are the liveliest, least atmospheric songs on Cry. Foregrounded bass on these songs doesn’t simply blend into background ambience, it keeps them moving.

It’s difficult to argue against pure, honest expression, and there’s no doubt Gonzalez is writing and singing from his heart. But love takes time, patience, and work. On Cry, Gonzalez shows he is willing to put in the labour to make his love last. Cigarettes After Sex should have shown their new songs the same devotion instead of being so smitten by the initial results.

Cry is now available for pre-order via Partisan Records 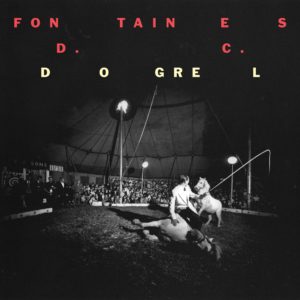