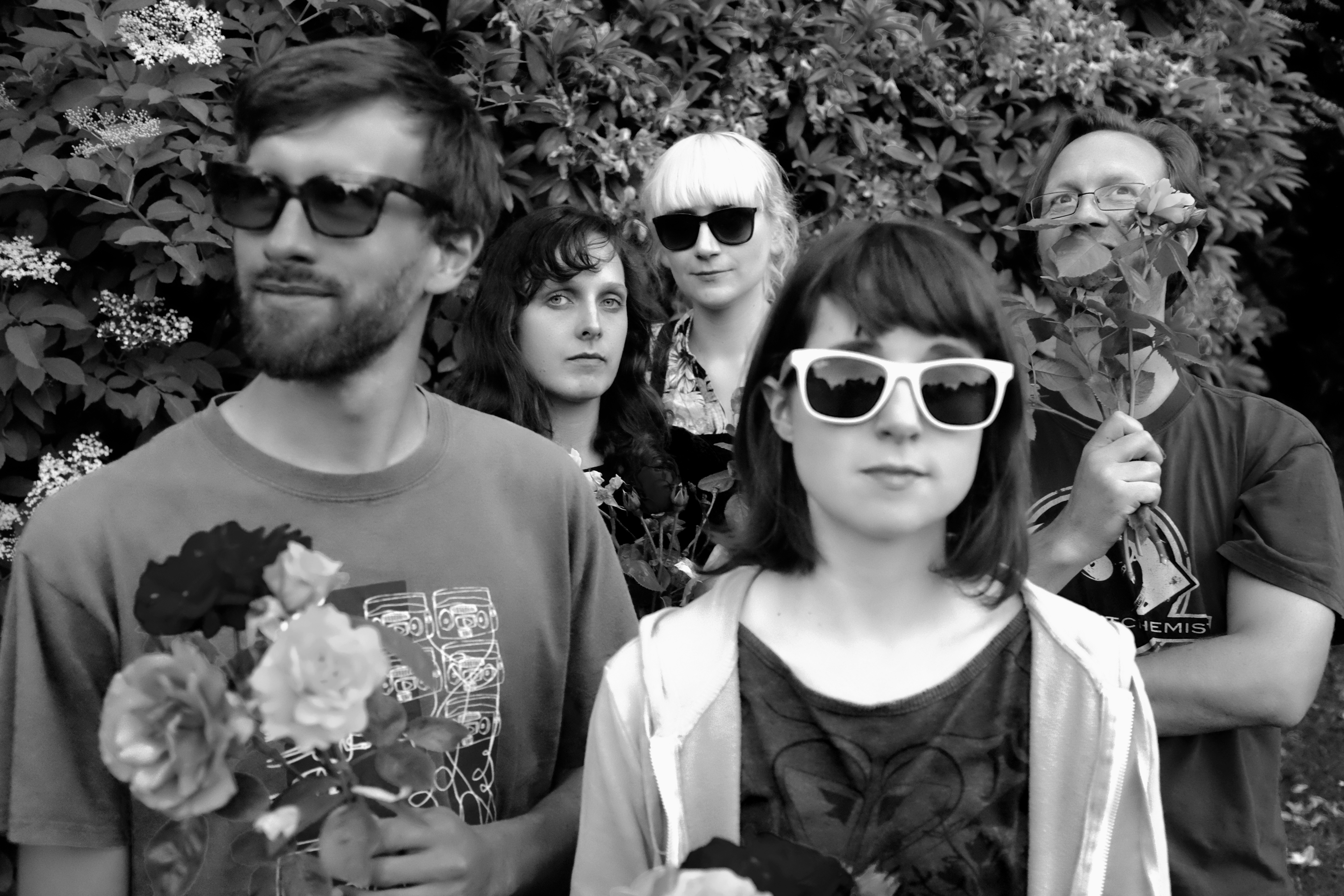 Body Is Working is the debut album from Living Body, a new project from Leeds-based Chicagoan ex-pat and multi-instrumentalist Jeff T. Smith (formerly Juffage), featuring longtime collaborators Katie Harkin (Harkin, Sky Larkin, and touring member of Sleater-Kinney, Wild Beasts, and Flock of Dimes), and Tom Evans (Vessels). The full-length will be released December 2nd on Kingfisher Bluez in the USA/Canada and Barely Regal in the UK/EU. The first single off the album, “Choose”.

Living Body came to fruition after Smith, Harkin, and Evans took part in a one-off performance event aptly titled “Sonic Cauldron”, a live event in a deconsecrated church in the heart of residential Leeds. Audience members would be positioned within the immersive sensory confines of a large, purpose-built circular PA system, which Smith had designed to distribute the sound of the musicians playing ambisonically around the venue. A month before the performance, the group moved into the church, honing their interwoven sounds and converting the venue into a musical instrument in its own right. To add to the tension, all of the songs were new, played live for the first time. The recorded versions grew out of these original skeletal forms to become this album, Body Is Working.