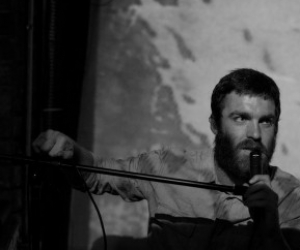 “Melt” is the sultry new track from Chet Faker featuring Kilo Kish, and can be heard now via Soundcloud. Look for it as a digital single via Downtown Records in the coming weeks, in conjunction with his upcoming 17-date North American tour. Kicking off September 3 in Los Angeles, the tour will include stops at Portland’s MusicfestNW, the Laneway Festival in Detroit, and a show in New York City with recent collaborator Flume.

2013 has been a busy year for Chet Faker–the pseudonym Australian Nicholas Murphy crafted as an ode to Chet Baker’s singing style while incorporating influences from a youth spent producing house and disco. In addition to his first North American tour, and his hugely popular collaboration with fellow Australian Flume on the track “Left Alone,” he was also featured on the Swedish/Australian group Say Lou Lou‘s track “Fool Of Me”.

Before Chet Faker, Murphy spent his time splitting his musical output between a penchant for soft and soulful singer-songwriter work and an appetite for electronic music production. But it was when he coupled his love of analogue instruments and sounds of early dance music–only this time slowing the tempo–with his natural ability for R&B-soaked vocals, that something truly exciting happened.

Chet is currently working on an EP with Flume and recording his debut album.